The railroad is a useful investing option, but not for all investors.

Class 1 railroad Union Pacific (UNP 0.24%) isn't a stock that's likely to generate stellar returns from here , but that doesn't mean it can't be a useful option for income-seeking investors. Let's take a closer look at the pros and cons of being an investor in Union Pacific.

The case for buying Union Pacific

The investment case for buying the transportation stock is based on the following arguments:

In a nutshell, you can think of Union Pacific as a relatively safe "bond-like" investment with a superior yield to the current 10-year treasury note yield of just 0.7%, and with the prospect of earnings/dividend growth coming from the factors outlined above. 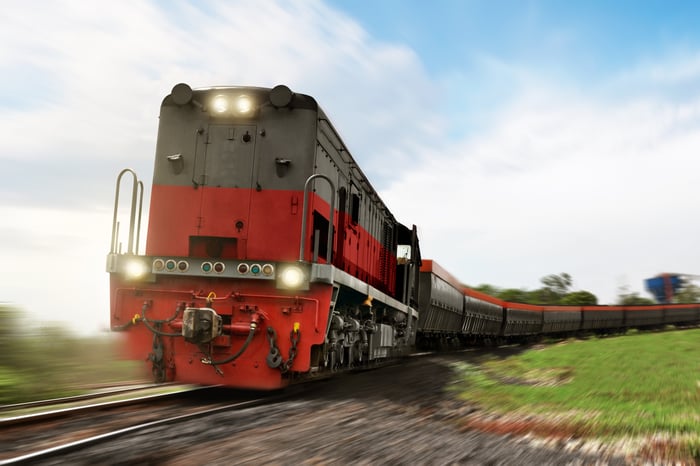 In case you are wondering about PSR, it's simply a set of management initiatives designed to run the same volume of carloads, or more, but with fewer assets. As such, PSR practitioners focus on key metrics like increasing carload velocity, reducing terminal dwell, increasing the length of trains, and fewer train yards and locomotives. At the heart of PSR lies the principle of running trains between two fixed points on a fixed schedule, rather than the traditional hub and spoke model.

Obviously, the slump in railroad traffic caused by the pandemic has negatively affected railroads' attempts to improve productivity through PSR in 2020. However, the evidence from the data before the pandemic hit was that progress was being made on improving the underlying objectives. Furthermore, Union Pacific continues to report improvements in some of the key underlying PSR metrics discussed above.

Ultimately, Union Pacific is the sort of investment that will appeal to relatively conservative investors looking for some reliable income.

The point about the dividend yield exceeding interest rates can be graphically seen below. The collapse in interest rates has made Union Pacific's dividend relatively attractive for investors. In fact, the bottom chart shows that the spread between Union Pacific's yield and 10-year treasury yields is higher than it's been for decades. In addition, the railroad's dividend payout is likely to grow. 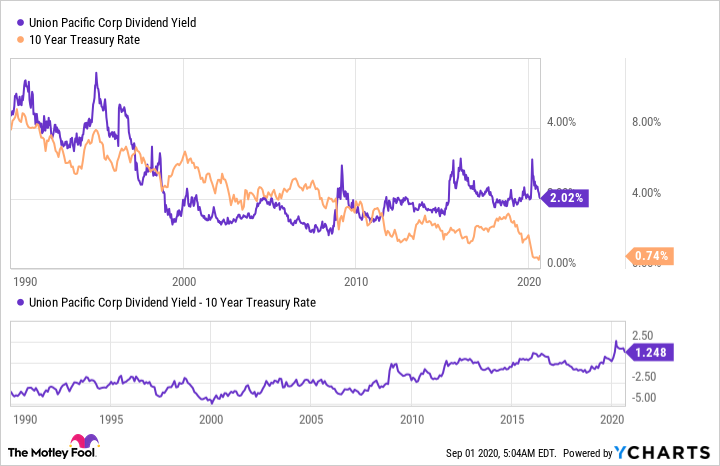 The case against buying Union Pacific

While there's a lot to like about the stock, and railroads in general, there's also a case against buying Union Pacific. Aside from the obvious argument that there's no guarantee that the industrial economy will grow over time, the following three points could be made.

First, if the bullish case for the stock relies on the dividend yield relative to interest rates, it implies that investors are taking a de facto view on where interest rates are headed. Let's put it this way, the 10 year treasury note currently yields 0.7% and Union Pacific's dividend yield is 2% (a spread of 1.3%) with a stock price of $190.

However, if interest rates rise to, say 5%, then Union Pacific's dividend yield would have to be 6.3% to maintain the spread. With the current dividend payment it means the stock price would have to drop to $62. This is a extreme example, but it needs to be considered if you are buying stocks deemed as being dividend plays. 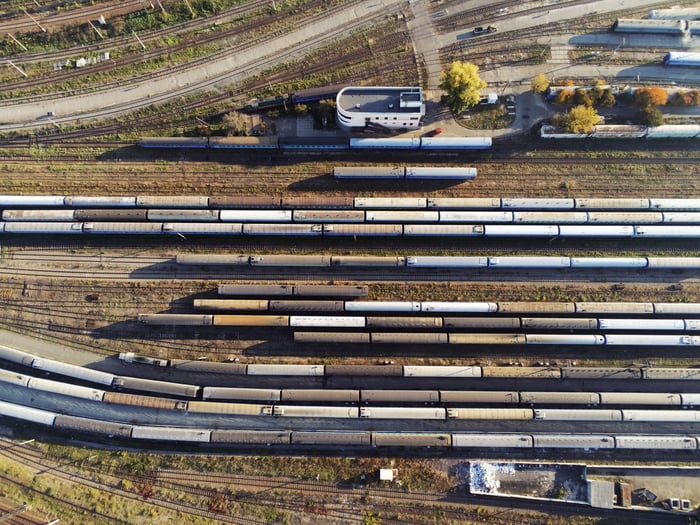 Second, Union Pacific still generates a significant amount of revenue (around 9% in the first quarter from coal and renewables) from coal traffic -- an industry in decline -- and it will need to overcome this structural headwind with other areas of growth.

Third, there's no guarantee that PSR will continue to generate profit improvements. Since the market has been pricing in positive assumptions regarding PSR, disappointment could hurt the share price.

Is Union Pacific a buy?

For many investors, the answer might be "No." But if you are looking for a place to park cash and generate some income, then Union Pacific is a decent option. Throw in the possibility of a boost to growth coming from reshoring/PSR/market share gains from trucking, and Union Pacific is a good, if unexciting, stock for income-seeking investors.

Down 25%, This Surefire Passive-Income Powerhouse Is a No-Brainer Buy for 2023