Nike (NYSE:NKE) has been a strong performer for a long time. In fact, over the last five years, the stock has outperformed the S&P 500 Index by more than 25 percentage points.

World Wrestling Entertainment (NYSE:WWE) has done even better, trouncing the index by about 50 percentage points over the same time. However, its recent performance is nothing to write home about, with the shares losing 50% of its value over the last 18 months.

Which company will create more wealth for you? The tried-and-true Nike? Or is World Wrestling Entertainment's share price set for a strong rebound? It is time to dig in and see which company will win the match. 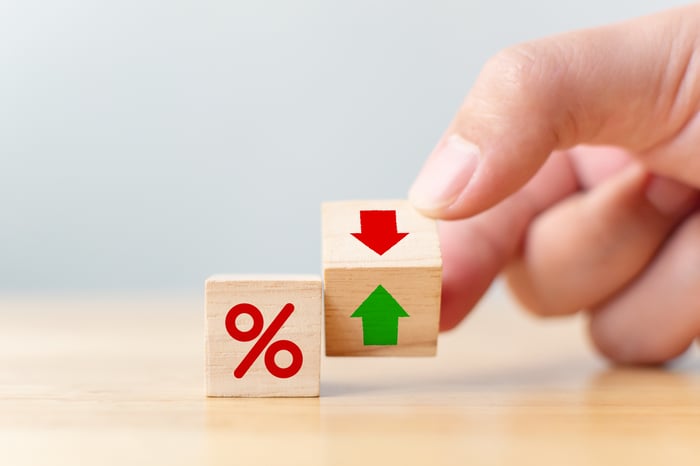 Founded more than half a century ago, Nike makes and sells athletic footwear, apparel, and equipment. This may sound like a bland description, but Nike is a global powerhouse that has obtained an impressive list of athletes, coaches, and teams, such as Lebron James and Cristiano Ronaldo, to endorse its products. It also shells out money to sponsor sporting events. It is hard for competitors to match its marketing prowess and build the same brand awareness.

Nike is not a mature company that has seen its growth stall. Aside from last year when the pandemic struck, it posted year-over-year top-line increases for the last several years. For the first nine months of fiscal 2020, which ended on May 31, its revenue under U.S. generally accepted accounting principles (GAAP) increased by more than 7% to $31.1 billion.

With many retail stores, including its own, closed to the public during the fourth quarter, revenue fell by 38%.

This will likely prove a blip and Nike's growth will resume. Management has been concentrating on its digital strategy, and these sales rose by 75% in the fourth quarter.

Long known for constantly pushing innovation, it released new products like a Kobe Bryant jersey, and a new tennis shoe designed by Tiger Woods and Rafael Nadal, which should bolster future growth.

World Wrestling Entertainment, co-founded by master showman Vince McMahon almost 40 years ago, has seen its revenue growth hit a snag. The company generates the overwhelming majority of its revenue through its media division (a smaller portion typically comes from its two other divisions: selling tickets to live events and offering merchandise). The media business involves producing and distributing its events through its subscription-based WWE Network and licensing its content to other providers.

The company has faced challenges growing the number of paid subscribers to its service. The number had fallen over a couple of years, to below 1.4 million at the end of 2019, compared to more than 1.5 million the prior year. This year, with the pandemic forcing people to stay at home, it rebounded to 1.7 million. While positive, it is unclear if WWE can continue this growth with governments lifting restrictions. Additionally, wrestling will compete with other entertainment, as movie theaters have started opening up and live sports are airing.

When the service launched in 2014, management intentionally cut into its pay-per-view revenue in the hopes it could get up to 3 million to 4 million subscribers. However, the number peaked at 2.1 million in 2018 following the special WrestleMania 34 event. While the company has a devoted and loyal fan base, it is not a huge following when compared to sports like football and basketball in the U.S.

World Wrestling Entertainment's revenue has benefited from inking a new television deal that allows Fox Network to air Smackdown Live and renewed its agreement with USA Networks on more favorable terms. Right now, there aren't any new deals on the horizon, though.

Nike has pinned World Wrestling Entertainment to the ground, and I declare it the winner. Nike's prospects continue to look strong with great brand recognition, exciting new products, and a stronger digital presence.