Shares of these great companies have fallen by at least 16% over the past week amid the broader market's correction. All should bounce back fast.

The last three trading days have been painful for most investors. More than 800 U.S. exchange-listed stocks have fallen by at least 10% over the past week, but Wall Street's correction could be your opportunity.

Among the many stocks that have taken double-digit percentage tumbles over the past week, Twilio (TWLO 0.20%), Wingstop (WING 3.44%), and Apple (AAPL -1.31%) are ones that I expect will recover quickly. Here's why I'm bullish on those three briefly out-of-favor investments. 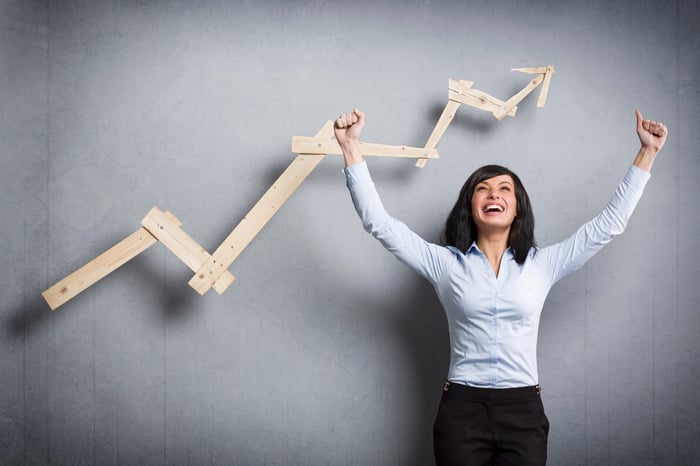 Twilio had retreated by 17% over the past week through Tuesday's close. It's not a household name, but there's a good chance that its technology plays a starring role in some of the apps that you use the most. It's the undisputed leader in providing in-app communication solutions. When you receive a notification that your Uber Eats order has arrived or a real-time confirmation that your Airbnb beach house is available, that's Twilio making it happen.

The company hasn't skipped a beat during the pandemic. We're spending more time on our smartphones than ever, and Twilio continues to blow analysts' growth projections away. Revenue soared 46% in its latest quarter. This isn't a bottom-line story right now, but Twilio has come through with back-to-back quarters of profitability on an adjusted basis.

It's fair to point out that management forecasts that revenue growth will slow to a 36% to 38% clip for the current quarter, but we've seen this scenario play out before. The company can be fairly conservative with its guidance, but that only makes the blowout results it usually delivers that much more rewarding for those who have been paying attention.

You may not find a 20%-off deal for a chicken wings meal, but you can score a 20%-off deal on Wingstop stock. The fast-growing chain of largely franchised restaurants has surrendered a fifth of its market cap over the past week.

Wingstop has been a big winner during the COVID-19 crisis, largely because its business was so adaptable to the new normal. Off-premise sales already accounted for 80% of its domestic sales before the pandemic, and nearly half of its orders were coming in digitally. Outside of pizza delivery chains, it's hard to find any eatery that saw a bump in sales during the first two weeks of the country's shutdown, but Wingstop's comps rose by 8.9% in the second half of March.

Things have only gotten better for the chain. Comparable-restaurant sales jumped a jaw-dropping 32% in its latest quarter. A little over a month ago, three different analysts jacked up their price targets on Wingstop stock to $170 after it delivered its most recent results. The stock may have dropped sharply this week, but the company's fundamentals remain as strong as ever.

It's true that I sold half of my Apple shares last month, and I predicted that the stock would decline last week after its stock split. Now, in the wake of its 16% share price plunge over the past week, it's probably safe to start approaching the country's most valuable company by market cap again.

The iPhone continues to be the top aspirational smartphone, and no one is closing in on the Apple Watch's dominance in wearables. The company also has a media event set up for Sept. 15, which means we'll get some new toys to play with soon. Some well-connected industry watchers are saying that this won't be a smartphone event, so we shouldn't expect to get a peek at the highly anticipated 5G iPhone -- but we should see an updated iPad. The word "Watch" was mentioned a couple of times in the invite, so its next-gen timepiece should also feature prominently. Given Apple's pedigree as an innovator and its ability to create new markets, you don't bet against the tech bellwether when it has the stage.

Corrections can be scary. Are we entering a bear market? Is this just a break in a bull market? With Twilio, Wingstop, and Apple trading at least 16% lower over the past week, this broad market move could be an opportunity for investors to pick up shares.