Travis Scott does love him some McDonald's (MCD -0.13%). Last week, the company announced a wide-ranging partnership with the iconic hip-hop artist, songwriter, and record producer, which features Scott's signature order at the fast-food giant. Dubbed the Travis Scott Meal or "Cactus Pack," the meal includes a Quarter Pounder with cheese, bacon, and lettuce; a medium fries with BBQ sauce for dipping; and a Sprite with extra ice; all for $6.

The association goes much further. McDonald's and Cactus Jack -- the record label founded by Scott -- released a host of exclusive merchandise that can only be found at shop.travisscott.com. The offerings include dozens of graphic t-shirts adorned with the Golden Arches, the Cactus Pack, and Scott's likeness, as well as numerous hoodies, workout pants, and denim shorts. Fans can also find hats, patches, and -- for the discriminating shopper -- a Cactus Pack vintage metal lunch box. 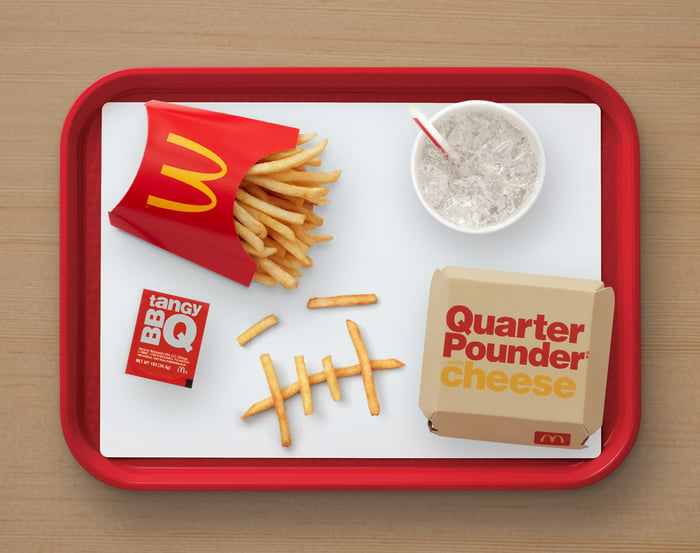 Be prepared to pay up for the experience. The t-shirts start at $48, while the embroidered shorts go for a whopping $250, though some of the money raised will go to charity, according to the press release. "We are bringing together two iconic worlds," said Scott. "Including a charitable component was key for me, and I can't wait for people to see what we have in store."

Scott is one of the country's most popular music stars, as well as a top social media influencer, with more than 32 million followers on Facebook's (META 0.55%) Instagram and 4.4 billion views on Alphabet's (GOOGL -0.21%) (GOOG -0.16%) YouTube. McDonald's is hoping to harness that star power to better reach younger adults who haven't developed any brand loyalty with the Golden Arches.

McDonald's hasn't employed a celebrity on one of its meals since its 1992 partnership with legendary Chicago Bulls player Michael Jordan.