The next field of battle with Amazon will be in the air.

Just weeks after Amazon (AMZN -1.44%) received approval from the Federal Aviation Administration to operate a fleet of Prime Air delivery drones, Walmart (WMT -0.10%) announced it was testing its own drone delivery service.

Partnering with Flytrex, an autonomous, regulatory-approved drone delivery company, the retail giant said it would begin piloting a service to deliver select grocery and household essentials from Walmart stores in Fayetteville, North Carolina. 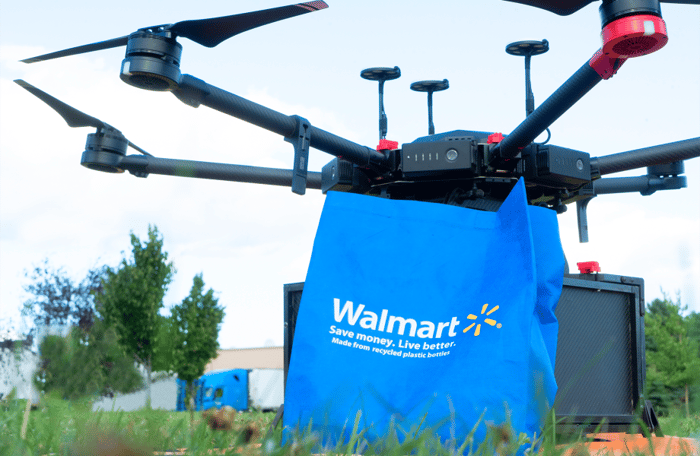 Take to the skies

Walmart has long been a technology innovator, from becoming an early adopter of RFID tags and using universal barcodes as a labeling system to popularizing the concept of vendor-managed inventory and using a global satellite system to forecast supplier demands through real-time sales data at the cash register.

The retailer says the next leap is in "exploring how drones can deliver items in a way that's convenient, safe, and -- you guessed it -- fast."

Walmart says it realizes it will be a while before drone delivery is the norm, but it can use the availability of the technology to learn how to make shopping more convenient for its customers.

It won't hurt either that it will keep it within striking distance of Amazon and not let the e-commerce giant gain too much ground in the space. My colleague Jeremy Bowman also points out drone delivery can also save substantial sums of money on the $47 billion Amazon spent over the past 12 months on delivery costs.

Walmart's delivery costs are no doubt extensive too, even if they don't approach the level of its rival. E-commerce sales over the first six months of 2020 amounted to $18.8 billion.

The retailer says what it learns from this pilot program will help shape how it rolls out drone delivery on a larger scale in the future.