Please ensure Javascript is enabled for purposes of website accessibility
Log In Help Join The Motley Fool
Free Article Join Over 1 Million Premium Members And Get More In-Depth Stock Guidance and Research
By Rekha Khandelwal – Sep 11, 2020 at 6:41AM

Despite a steep fall, it may not be the best idea to sell ExxonMobil stock right now.

ExxonMobil's (XOM -5.32%) troubles don't seem to be ending. Rising debt levels and mega capital spending plans in an unfavorable oil price environment led to a steep fall in the stock's price over the past few years. Its removal from the Dow Jones Industrial Average Index has further aggravated investors' concerns about the oil giant, which at one time was the largest listed company by market capitalization. ExxonMobil stock has fallen more than 40% in 2020. But there are reasons why you shouldn't sell this stock just now.

One key factor that contributed to ExxonMobil's survival for more than 100 years is its financial discipline. With rising debt levels recently, though, investors are concerned that ExxonMobil isn't keeping up on this front. Consistently low oil and gas prices have impacted the company's earnings in the last few years, but it has proceeded with its massive growth plans. This has taken a toll on its balance sheet. Additionally, an unprecedented fall in oil demand due to the coronavirus pandemic severely hit ExxonMobil's performance in the second quarter, preventing it from making any debt repayments from earnings. 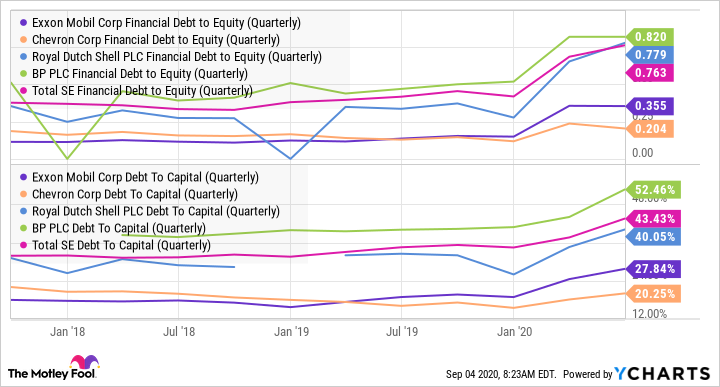 Undoubtedly, ExxonMobil needs to address its rising leverage. The good news is that the company aims to keep its debt level from increasing any further. It plans to reduce operating expenses and defer capital investments to preserve cash for dividends should oil markets continue to languish.

Like other oil companies, ExxonMobil is actively working on bringing its costs of production down in response to "lower for longer" oil prices. While that's the right strategy for the long term, the company's -- and its stock's -- performance is nonetheless tied to oil prices. Lower realized prices severely hurt ExxonMobil's Q2 performance. 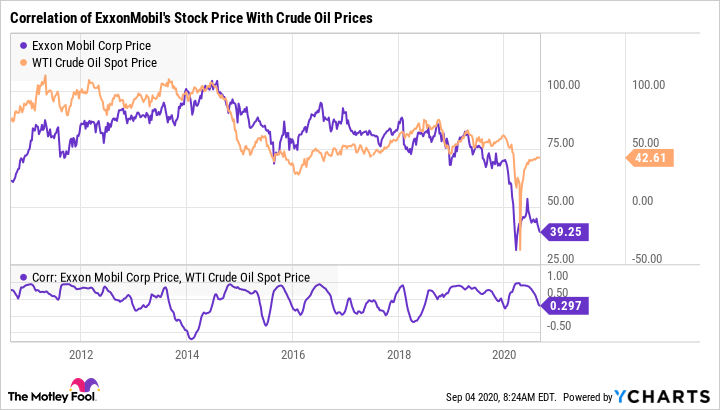 The stock hasn't recovered as much as oil prices have since April, in part due to the company's increased debt levels and big investment plans. That leaves some scope for it to rise if it posts better performance in the third quarter and improving leverage in the coming years. With the steps ExxonMobil is taking, this scenario is likely.

WTI oil prices averaged $27.80 in Q2, and have improved to $41.5 so far in Q3. While oil prices are difficult to predict, the worst is likely over. With production cuts on the supply side and recovering activity on the demand side, the oil market dynamics are improving. That bodes well for ExxonMobil. 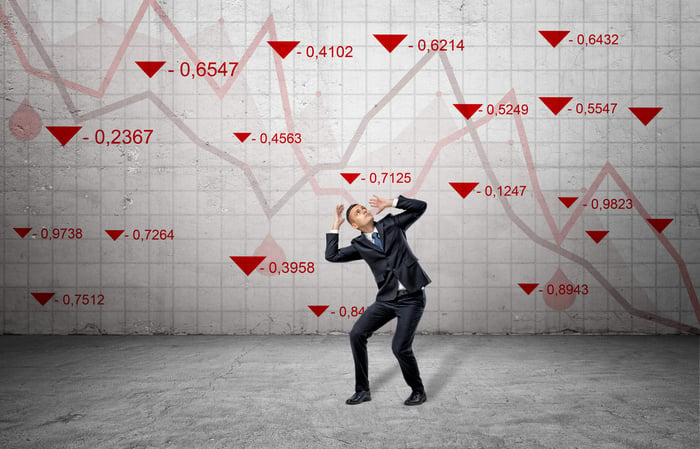 It plans to maintain dividends by reducing operating expenses and deferring capital investments. This strategy may work in the short run if oil markets keep improving.

ExxonMobil's balance sheet strength, improving oil market fundamentals, and the company's commitment to maintain its payouts are reasons enough to hold on to your holdings for now.