Please ensure Javascript is enabled for purposes of website accessibility
Log In Help Join The Motley Fool
Free Article Join Over 1 Million Premium Members And Get More In-Depth Stock Guidance and Research
By Rich Smith – Sep 12, 2020 at 7:02AM

One investment made millions more for the movie star than he ever made starring in "Deadpool."

If you know of Ryan Reynolds, you probably know him best for playing the potty-mouthed Marvel superhero in Deadpool -- or the more PG-rated Detective Pikachu. But did you know that Ryan Reynolds is also one heck of an investor? 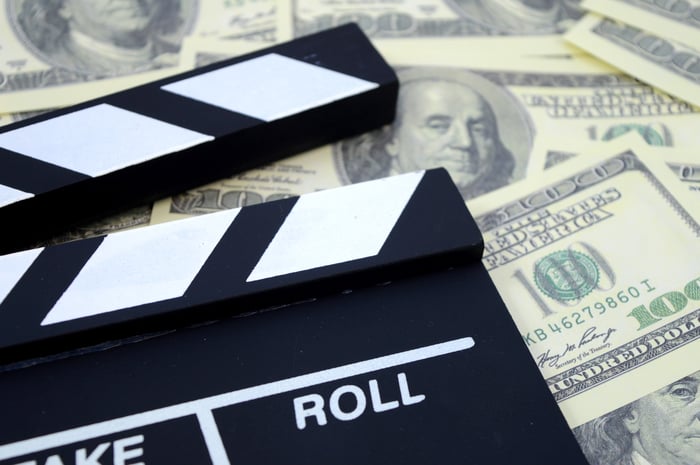 In 2018, CelebrityNetWorth.com placed Reynold's net worth at $75 million, mostly accumulated through his Hollywood paychecks. But not content with that chump change, in February of that year Reynolds laid out a to-date still-undisclosed sum to acquire a "significant" minority interest in premium alcohol maker Aviation Gin.

It's not known precisely how much he paid, but it's now a pretty sure bet that he got a good deal.

As CNBC reported last month, Reynolds and his partners have agreed to sell Aviation Gin and its parent company, Davos Brands LLC, to drinks giant Diageo (DEO -2.87%). The total purchase price comes to $610 million, divided among one upfront payment of $335 million, and up to $275 million more that Diageo promises to pay as "earnouts" over the next 10 years, assuming Aviation Gin performs as expected.

Now, because Reynolds' initial investment in Aviation Gin was never disclosed, and because we likewise don't know what percentage of Aviation Gin he acquired for that investment, it's impossible to say precisely how much of the $610 million will be going into Reynolds' pocket. But even if he owned as little as 10% of the company (for example), $610 million divided by 10 would still be a lot of money -- certainly more money than the $2 million he was paid for starring in Deadpool.

And Reynolds didn't stop there.

Even before the Aviation Gin sale was announced -- perhaps even before negotiations had begun -- Reynolds was already working on a second major investment, and this one headed in an entirely different direction. In November last year, Reynolds revealed he had purchased a large interest (reportedly more than 25%) in discount prepaid cellphone service provider Mint Mobile.

Even Reynolds acknowledged that his move into wireless telephony is a bit "unconventional." So why make the switch from premium gin to prepaid cell service?

As Reynolds said in the company's announcement at the time, "the average American is paying 65 dollars a month" for telephone service that is "most essential." But by piggybacking aboard the cell network of T-Mobile US (TMUS -1.28%), and T-Mobile's infrastructure to carry Mint's service, Mint Mobile is able to provide "premium wireless" service to its customers for as little as $15 a month.

A rate that low could help Mint steal market share among budget-conscious consumers and outgrow bigger rivals such as AT&T, Verizon, and T-Mobile itself. If this is how things play out, Mint may become Reynolds' next winning investment.

What investors can learn from Ryan Reynolds

Granted, not everyone can make these kinds of investments. Both Aviation and Mint were, after all, private companies, and few ordinary investors have access to those kinds of opportunities. Moreover, Reynolds is able to leverage the star power of his name to grow the value of the brands he invests in. Aviation, for example, enjoyed better than 100% sales growth the year after Reynolds bought into it.

Almost certainly, part of that growth came from consumers intrigued by Reynolds' involvement in the project and willing to buy a bottle to see what all the fuss was about.

But even so, I think there are lessons investors can learn from Reynolds' investments. For example: What happens if a consumer doesn't buy a second bottle? What if instead of a bottle of Aviation, they go on to try the next novelty alcohol instead, and the 100% sales growth Aviation saw last year starts to slow?

Consumers can be fickle with their discretionary spending, after all. New brands come into favor, fall out of favor, and go bankrupt all the time. And that's why I think Reynolds made a smart move shifting from high-priced alcohol to low-priced prepaid cell service with his second investment. Assuming Mint provides even just adequate service, the $15-a-month price tag should suffice to secure consumer loyalty, even as advertising that low price helps to attract new consumers, growing the business, the revenue, and the profits at Mint Mobile.

In the long run, I suspect a cell service business with repeat customers and recurring revenue will perform even better for Reynolds than one that depends on novelty and one-off customers. That's how it works in the movie biz, after all (see Deadpool, Deadpool 2 -- and coming next year, Deadpool 3).

If I had to bet, that's how I think it will work with Mint Mobile as well.