Please ensure Javascript is enabled for purposes of website accessibility
Log In Help Join The Motley Fool
Free Article Join Over 1 Million Premium Members And Get More In-Depth Stock Guidance and Research
By Rich Smith – Sep 14, 2020 at 7:07AM

Stocks split because their businesses are booming -- not the other way around.

Tesla (TSLA -1.10%) stock treated its investors to a 330% increase in share price this. After such astounding performance, it's hard to imagine what it might take to make the stock more popular than it was already -- but Tesla eventually found a way to boost its popularity even more: 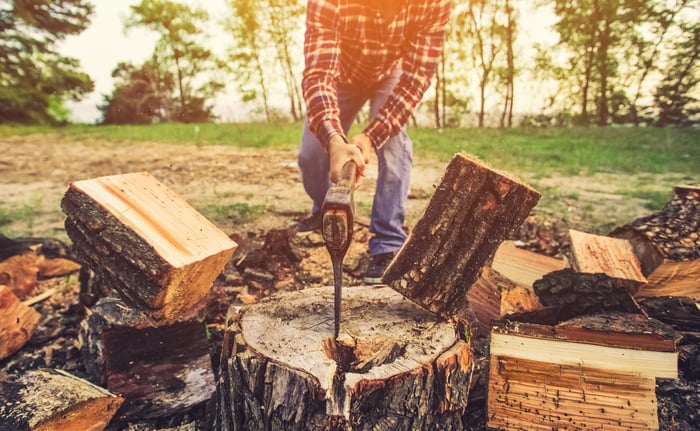 Tesla actually announced its stock split on Aug. 11, promising to give owners of Tesla stock five new shares for each share of the company they already owned. From the day the stock split was announced, to the day it actually happened, Tesla shares gained $223 in price -- an 81% return in 20 days!

Clearly, Tesla investors liked the idea of a stock split -- and maybe for good reason.

Theoretically, stock splits should be non-events. Consider a hypothetical company "X" with 100 shares outstanding. Each share of X represents a 1% ownership interest in company X. Now, if X decides to split its stock 5-for-1, as Tesla did last month, the number of shares outstanding will quintuple to 500 -- but here's the crucial fact to remember:

These shares still represent the same company they did before the split. It's just that ownership of the company has been split into 500 pieces instead of 100 pieces. A shareholder who owned one share prior to the split will own five shares after the split -- but 500 divided by 5 still equals just 1%.

The math here is pretty clear, and yet, according to historical studies of stock splits conducted by the University of Illinois in 1996 and 2003, stocks that "split" tend to outperform the rest of the stock market by 8% in the first year after a split is announced -- and by a total of 12% over the next three years.

Why everyone loves stock splits

Why does this happen? Logically, it's because companies most often split their stock after the price has grown very high, and they want to make it look cheaper, and thus more accessible to investors.

But the reason that a stock price gets high in the first place -- high enough that it might want to split -- is because the company is doing really well. Sales are up strongly. (Tesla's sales are up more than 5,000% over the last five years, according to data from S&P Global Market Intelligence). Profits are rising, too. (Five years ago, Tesla was losing nearly $900 million a year. Over the last 12 months, Tesla earned $368 million).

In short, business was going great guns before the split -- and the stock probably would have powered higher whether the stock split happened or not!

Other splits to consider

This brings us to our two splits to avoid, and one to watch.

This month is going to be pretty active for stock splits, with Fidelity Research listing more than 20 companies conducting splits. But in contrast to Tesla's 5-for-1 split, most of the "splits" happening this month will see not one share divided into several, but many shares merged into one, in transactions known as "reverse share splits."

In each case, plummeting oil and gas prices have devastated profits this year, pushing profits deeply into the red. Shares prices fell into penny stock range, and in order to get their per-share stock prices up above the $1 required to remain listed on the stock market, these companies decided to bundle some shares together to get back over the price limit. If, for example, Northern Oil & Gas shares trade for $0.56 each today, then after a "1-for-10" split, new shares of NOG will sell for $5.60 each.

But here's the downside to reverse stock splits: Because stock splits don't actually change the business, both Whiting and Northern Oil are likely to continue performing just as badly -- both as businesses and as stocks -- after their reverse split as before!

Your 1 stock split to watch this month

Finally, let's now consider the opposite case -- a stock performing a bit less like Whiting and Northern Oil, and a bit more like Tesla. Trex (TREX -1.06%), the maker of "fake wood" products that have become so popular among folks quarantined at home and with lots of time on their hands for home improvements, has gone on a tear this year. Last quarter alone, sales at Trex grew 7% and profits grew 32% in the middle of the pandemic.

Admittedly, these aren't Tesla-like growth rates, but they're good, and they've been good enough to send Trex stock up 48% so far this year. Trex's planned stock split -- 2-for-1, taking effect on Sep. 15 -- is therefore an example of the kind of stock split that should be good for investors.

Just remember to get the order right: The stock is splitting because the business is doing well -- and not the other way around.

3 Things You Should Know About the Tesla Stock Split