Investors are buying the stock because Nike looks good. Does that make sense?

Last night, Nike reported first-quarter 2021 earnings results that raced past expectations with $10.6 billion in revenue, which was down 1% year over year but still 16% ahead of analyst estimates. And Nike's profits were actually up during the quarter, rising 10% year over year to $0.95 per share, also ahead of estimates and indicative of pricing power in the sportswear sector.

Nike even issued strong guidance for the year, saying that sales will be flat in the first half of fiscal 2021 (versus the small decline seen in Q1) but will rise by at least the high single digits, and possibly as much as the low double digits, as the year progresses. 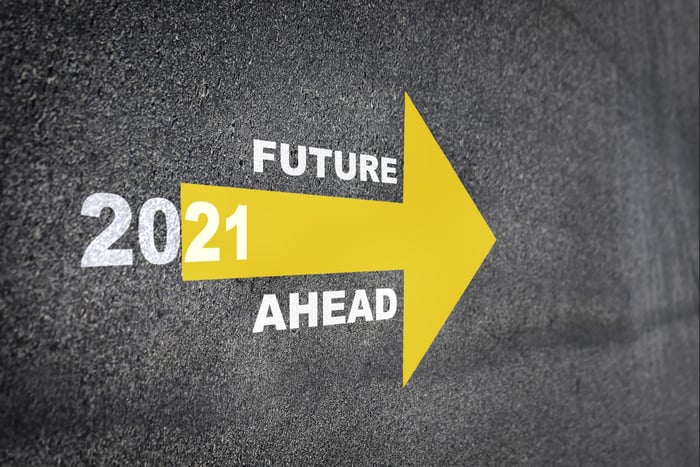 Investors' immediate takeaway from Nike's strong performance last night seems to be that sales and pricing power are rebounding across the sportswear sector, and if this is good news for Nike, then it should also be good news for Under Armour. They may be right, but at least some analysts reviewing Nike's results last night appear to be drawing different conclusions.

Guggenheim, for example, noted this morning that Nike seems to be separating itself from industry peers, according to TheFly.com. Morgan Stanley predicted that Nike will be one of only a few consumer goods companies that come out of the pandemic looking better than they did going in. And J.P. Morgan said that Nike's brand momentum, product innovation, consumer connections, and scale are enabling it to steal market share from its rivals.

So if Under Armour is one of those rivals losing market share to Nike, then Tuesday's Nike news is not good news for Under Armour, and investors buying the stock today may be making exactly the wrong call.