Even with a mild recovery for the markets, some stocks found themselves on the losing side.

The Nasdaq Composite (^IXIC) had another volatile session on Thursday. The benchmark was significantly lower at the open, continuing the drop from the previous day. But investors got some more confidence later in the morning. By 1 p.m. EDT, the Nasdaq was up more than half a percent.

Yet even with the Nasdaq bouncing back, not all of the stocks that list on its exchange were able to match its performance. Electric-truck company Nikola (NKLA) got more bad news to add to the difficulties it's faced recently. Meanwhile, shares of BioMarin Pharmaceutical (BMRN 2.28%) fell even after the company started what could be an interesting clinical trial on a key treatment candidate.

Shares of Nikola were down 6% early Thursday afternoon. The stock had been lower by as much as 24% just after the open.

The company has faced a huge amount of bad news lately. Founder Trevor Milton stepped down from the board of directors earlier this week, following a controversial short-seller report making serious allegations against the company. Then on Wednesday, oil giant BP (BP 5.43%) chose to back off from plans to work with Nikola on building out a network of hydrogen fuel stations. 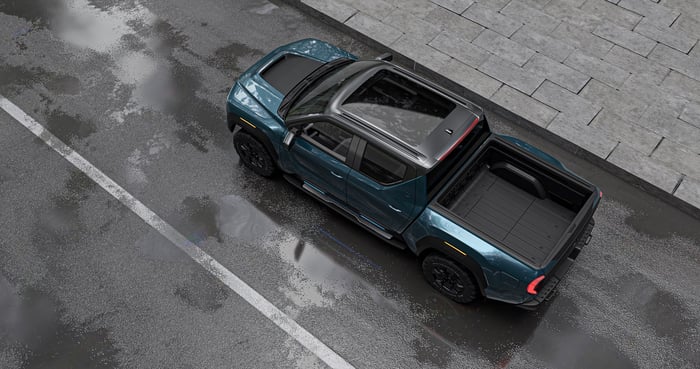 The latest shoe to drop came from Wall Street, where analysts weighed in with their views of what's likely to happen with the stock. Wedbush downgraded Nikola stock from neutral to underperform and slashed its price target by two-thirds to $15 per share. With Milton gone, in Wedbush's view, it'll be much harder for Nikola to follow through on its plans for growth.

At this point, Nikola needs to find a way to rebut short-seller allegations head-on. Otherwise, the company might never regain the confidence of investors.

Hoping for a healthier tomorrow

Meanwhile, BioMarin Pharmaceutical saw its shares fall back by 4%. The biotech company has had a tough time lately, and even a new announcement Thursday wasn't able to generate any upward momentum for the stock.

BioMarin started giving BMN 307, its candidate treatment for phenylketornuria (PKU), to participants in its phase 1/2 study on Thursday. The investigational gene therapy would be the third treatment that BioMarin has developed to help patients suffering from PKU.

BMN 307 is a gene therapy that aims to return concentration levels of phenylalanine in patients' blood back to normal. The intent of the trial is to ensure that BMN 307 is safe and to see if the treatment can help restore normal metabolic activity, allowing patients to have a normal diet with correct phenylalanine levels.

BioMarin has struggled because of bad news from the Food and Drug Administration on its Roctavian drug for treating hemophilia. Investors want to see BMN 307 do better, but it appears that they're insisting on seeing actual clinical trial results before they get too excited about the biopharmaceutical stock.