Services combined with hardware will drive demand for wearable gadgets.

Despite the macroeconomic impacts of the COVID-19 contagion this year, the global wearables market is still expected to grow by approximately 15% in 2020, according to recent estimates  from market researcher IDC. The hearables category, which includes ear-worn smart audio devices with advanced features, continues to expand its dominance after representing just over half  of the market in 2019.

Here's the latest data on the wearables market. 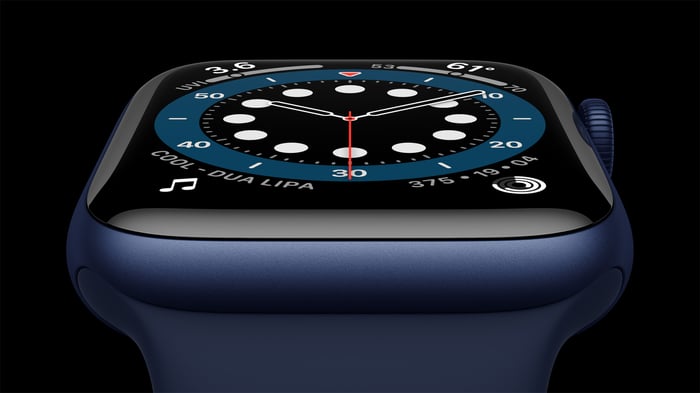 IDC estimates that worldwide wearables unit volumes will grow to 396 million units in 2020, up from 345.9 million in 2019. Demand for wearable devices remained strong even during the depths of the pandemic that included widespread lockdowns and disruptions to the consumer electronics supply chain. IDC characterized the demand for hearables as "near-record."

The momentum is expected to continue throughout the second half of the year, as major tech companies often launch a slew of new products in the fall. Apple (AAPL -1.76%) has already released its Apple Watch Series 6, Fitbit's (FIT) Sense is now available, and Amazon (AMZN -2.02%) is jumping in with its Halo wellness band. 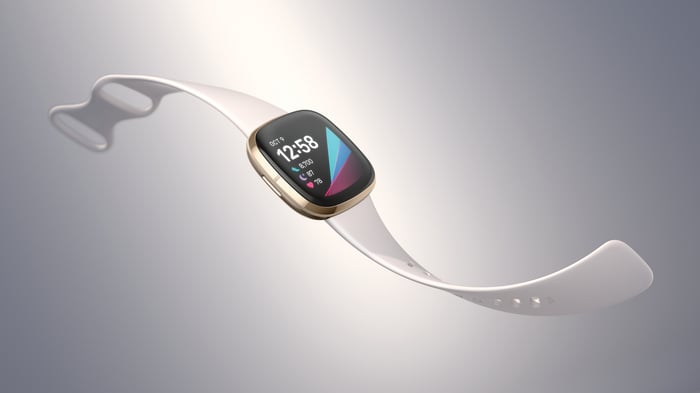 There's also an important trend of new services that are tied to wearables, primarily related to health and fitness. Apple is launching Fitness+ later this year, offering virtual workouts at home that will integrate with its smartwatch. After years of struggling to put together a cohesive subscription business, Fitbit launched Fitbit Premium about a year ago and is starting to see some traction. Subscription revenue now represents less than  5% of revenue, an improvement from historically being less  than 1%. Halo requires a $4-per-month subscription to access its features.

"Wearable devices and services will evolve together in the coming quarters," IDC research director Ramon Llamas said in a release. "Wearables are the perfect device to collect user data and services provide guidance and actionable insight." Combining hardware and fitness services will have the net result of further boosting demand for wearables, according to IDC.

Looking ahead, hearables and smartwatches are expected to enjoy the highest compound annual growth rates (CAGRs) of 14.1% and 14.3%, respectively, through 2024. Companies are starting to increasingly incorporate fitness functions into hearables, further strengthening the wearable-fitness ecosystem.

Alphabet (GOOG -7.44%) (GOOGL -7.68%) subsidiary Google is still trying to secure regulatory approval to close its acquisition of Fitbit, which has been pending for nearly a year. If that deal closes, IDC expects the operating system landscape to "shift." Meanwhile, wrist bands like basic fitness trackers that count steps or calories will stagnate, growing at a CAGR of just 2.4% through the forecast period.