The speculation is the latest development in a long-running saga.

The future owners of Walmart's (WMT -1.59%) Asda chain of supermarkets in the U.K. have been selected. Several media outlets report the American retail giant has opted to sell its British unit to a consortium of investment management company TDR Capital and brothers Mohsin and Zuber Issa, the founders of the gas station operator EG Group.

It is not yet clear how much the consortium will pay for Asda. Bloomberg, citing people with knowledge of the matter, reported current talks between the two sides hover at around 6.5 billion pounds ($8.3 billion).

The consortium was competing against U.S.-based Apollo Global Management for Asda, one of the more well-established U.K. grocery chains. 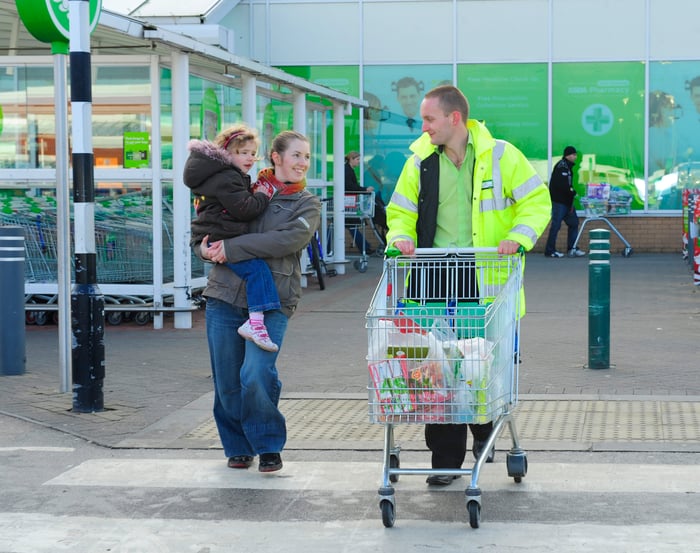 The Asda divestment has become a saga. In 2018, Walmart said it had reached agreement with another U.K. grocery chain operator, Sainsbury, to unload the asset for around $10 billion in a cash-and-stock deal. This, however, was quashed by regulators. Earlier this year Walmart solicited bids in a fresh attempt to sell Asda, but then the coronavirus pandemic hit, putting an end to those plans, too.

According to media reports at the time, Apollo and TDR placed bids for the U.K. unit. Another company that also did so, Lone Star Funds, apparently did not participate in the current round of offers.

Since the demise of the Sainsbury deal, Walmart has generally been quiet about its efforts to unload Asda. It has not yet commented on the latest reports, nor have TDR, the Issa brothers, or Apollo.