Please ensure Javascript is enabled for purposes of website accessibility
Log In Help Join The Motley Fool
Free Article Join Over 1 Million Premium Members And Get More In-Depth Stock Guidance and Research
By Robin Hartill, CFP® – Sep 30, 2020 at 7:48AM

The math behind Suze Orman's retirement advice is solid but ignores the uncomfortable realities that many seniors face.

If you're about to turn 62, personal finance celebrity Suze Orman has some advice for you: Wait eight more years before you claim Social Security.

Orman is an evangelist for waiting until you're 70 to take Social Security benefits. And that's a great goal for plenty of people.

If your full retirement age is 66 and 8 months and you wait until you're 70, your monthly benefit will be 76% greater than if you'd claimed at 62. A higher monthly benefit reduces your chances of outliving your retirement savings. That's a very real risk for seniors, given that one-third of 65 year olds are expected to live at least until 90.

Here's what's dangerous about Orman's advice, however: Though the math is sound, the reality is that waiting until 70 is a luxury a lot of older Americans can't afford. 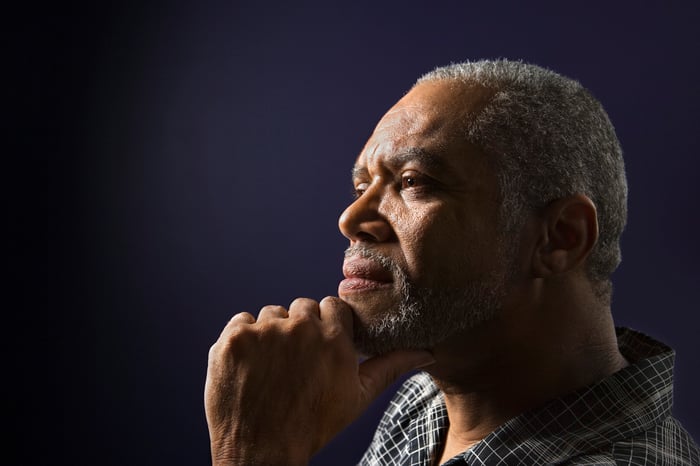 Why you may need your benefits earlier than you think

More than a third of workers have to retire earlier than they planned, according to a 2019 report by the Center for Retirement Research at Boston College. Health issues, layoffs and caregiving duties all frequently drive people to leave the workforce sooner than they expected. It's likely that pandemic-related layoffs will only drive this number higher.

When you're forced to retire early, you have to make your savings stretch further. Of course, that means you have less time to save and your investments have less time to grow. Sometimes, part-time work and downsizing can mitigate the damage. But for the many people who still face an inevitable shortfall, taking Social Security early is the only option.

Even if you're aiming for 70, don't count on being able to hold out -- particularly if your plans hinge on working until you're 70. That may mean you need to save more aggressively while you're still working and review your asset allocation carefully as your retirement years approach.

Your breakeven point matters, too

Orman doesn't consider the breakeven age for Social Security, which is how long you'd have to live to make delaying pay you more than if you'd claimed early. If you're in poor health or your parents both died relatively young, your breakeven point will obviously be younger, and starting benefits sooner merits serious consideration. If you expect to live well into your 90s, your breakeven age is higher and you'd want to delay as long as possible.

It's about more than the math

Waiting to take Social Security is a solid investing strategy. You're guaranteed returns of 6.66% to 8% per year for every year you wait. But what about the common Suze Orman-ism, "People first, then money, then things?" It's Orman's edict for the order in which we should set priorities.

Yes, your quality of life will be higher in retirement with more income. But those with a decent retirement nest egg may be happy to live off lower Social Security benefits if it means they can leave a high-stress job or spend more time with family.

The decision is about more than math, and that's where Orman gets things wrong.

When is the best age to take Social Security?

Orman is right in that the majority of people will benefit financially from waiting as long as possible to take Social Security. But anyone who's planning to delay until they're 70 needs a backup plan. An unfortunately timed job loss or medical problem can throw off even the most careful planning.

So don't base your retirement plans on assuming you'll have maximum benefits. The truth is, 70 will simply never be the new 62 for many people.