The year 2020 has had more than its share of record volatility for the stock market. There's still plenty of uncertainty at hand in the markets as we head into the final quarter of 2020, and more big swings could be on the way. The question is whether investors will take the opportunity to use these conditions to their advantage.

Finding just a handful of relatively small companies that can thrive over the long term contributes greatly to a formula for life-changing returns. Read on to find out why you won't want to miss out on these three potentially explosive investments. 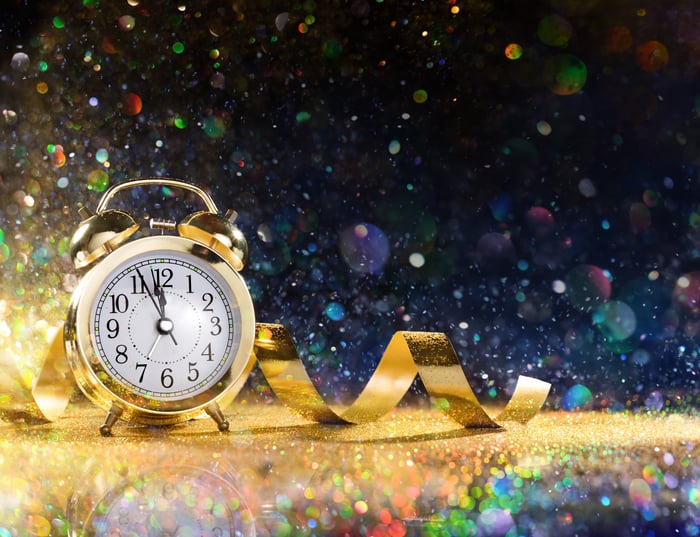 Radio frequency identification (RFID) tags can be attached to non-electronic objects and enable them to become transmitters of information. Being able to access and analyze valuable data will likely be the single most important driver of business success in the 21st century, and RFID technologies look poised to play a big role in helping businesses bridge everyday items into the world of data sharing. Impinj (NASDAQ:PI) is a company that specializes in RFID chips, readers, and software, and the business has huge growth potential as the adoption of these technologies by various companies increases.

Right now, the biggest market for the company's products is in retail, where RFID tags are used as a more versatile replacement for barcode technology. It enables improved supply chain efficiency, inventory management, and loss prevention. Retail shutdowns related to the coronavirus pandemic have ended up hitting Impinj hard, with revenue falling nearly 31% year over year in the June-ended quarter and the stock dropping roughly 13% over the last year.

The upside is that the business challenges and stock sell-offs have created an attractive entry point for investors willing to take a long-term approach to the stock. Adoption for RFID technology in retail is still at an early stage and should pick up despite near-term headwinds, and applications for the technology in industries like manufacturing and healthcare also have big room for growth.

Impinj has a market capitalization of roughly $600 million and is valued at about 4.7 times this year's expected sales. That valuation could come to look very small after current pressures ease and the business returns to growth.

Eros STX (NYSE:ESGC) is the recently formed product of a merger between India-focused entertainment company Eros International and Western-focused STX Entertainment. The company has a market capitalization of roughly $400 million, and it's valued at paltry price-to-sales multiples that point to explosive potential for its stock.

Eros and STX (which concluded their merger at the end of July) generated combined sales of more than $600 million last year, and the entertainment and streaming company could deliver impressive growth down the line.

Even with coronavirus-related challenges impeding film and TV content production and hurting theatrical distribution, management expects that growth for the streaming business will help the company achieve revenue of $1 billion in 2022. Hitting that target could cause the company's share price to skyrocket, and subscription video services in India have a long runway for expansion beyond that point.

India has one of the world's fastest-growing economies, and entertainment is one of the country's fastest-growing industries. Adoption of subscription video platforms remains at an early stage in the territory, but that should start to change as middle-class spending power increases. Eros STX has the potential to be a big winner as subscription video services gain traction in the Indian market, and the integration of its Western production unit should significantly boost its content offerings and expand its reach around the globe.

Baozun (NASDAQ:BZUN) operates an e-commerce software and services platform that helps large Western brands deploy and scale online retail operations in China. The company counts major names including Nike, Microsoft, and Starbucks among its list of 250 enterprise customers at the end of last quarter.

China's e-commerce sales generated nearly $1.94 trillion last year, and eMarketer estimates that annual online retail spending will grow to over $4 trillion in 2023. There should be plenty of room for growth from there, and the overall backdrop of economic growth in China and the e-commerce market, in particular, will be major tailwinds for Baozun.

Baozun should have plenty of opportunities to build its business as it brings more major Western brands onboard its platform and helps them expand their operations. The company is also looking to increase its number of domestic brand partners.

Baozun stock has slumped recently amid a variety of factors, including tensions between the U.S. and China, sell-offs for the broader market, and new share offerings spurring concern about stock dilution. The company is now valued at roughly $2 billion and trades at 24 times this year's expected earnings, which looks like an attractive valuation in the context of the business's explosive growth potential.