These companies are facing structural challenges in the coming years.

The big picture matters. At least, it does when you are buying a high-yield stock on the basis that you will get a long-term stream of income from it.

In the case of telecom and media company AT&T (T -0.75%), and advertising agencies Omnicom (OMC 0.21%) and Interpublic Group of Companies (IPG 0.06%) there's reason to believe that all three are high-yielding value traps (7.3%, 5.2%, and 6% dividend yields respectively) with dividends that may not prove sustainable over the long term. Here's why.

The telecom giant's mammoth free cash flows (around $29 billion in 2019) ensure that its annual dividend of around $14.9 billion or $2.08 per share is easily sustainable for years. Meanwhile, AT&T bulls are hoping the advent of 5G will produce a growth opportunity for wireless networks.

On the other hand, the question is whether the company really has long-term growth prospects or not. The following table of AT&T segment revenue suggests the answer is "no". 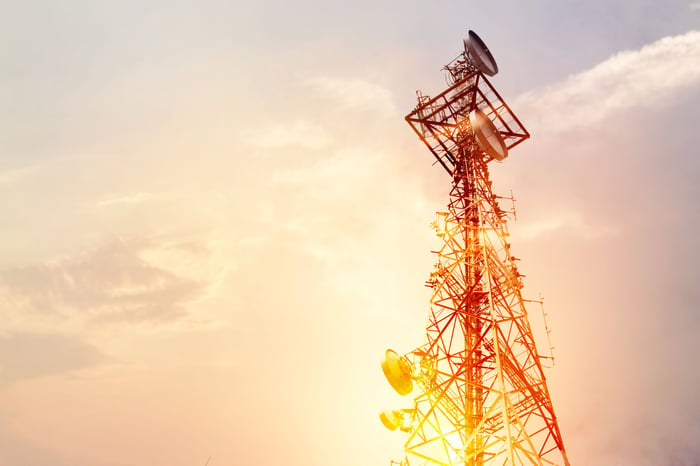 Starting with the communications segment, the mobility business only grew revenue by 1.1% to $71 billion from 2017 to 2019. Meanwhile, entertainment group and business wireline have seen revenues decline over the last three years. Of particular concern, total video connections (entertainment group) have slumped to 18.4 million at the end of the second quarter from 25.2 million in 2017. Clearly, the competition from streaming is starting to bite the cable TV industry.

In addition, the slump in legacy voice and data services isn't being fully offset by growth in strategic and managed services within business wirelines.

And investors shouldn't get too excited by the numbers from the WarnerMedia segment below. In reality, the first full year of revenue from the 2018 acquisition of Time Warner (owner of a range of media assets, including CNN) is in 2019. In fact, WarnerMedia revenue has declined on a year-over-year basis in every quarter since the acquisition in the third quarter of 2018.

All told, AT&T's legacy wireless voice and data business looks like it's flatlining at best, streaming is grabbing market share from cable, and Time Warner does not look like a great acquisition. As such, AT&T doesn't look like a business on a good growth trajectory, and the current dividend can't be assumed over the long term.

The advertising industry is in the middle of a digital revolution, and the traditional advertising agencies are facing existential challenges. Facebook, Alphabet, and Amazon.com are believed to account for more than 60% of total digital advertising spending in the U.S. Moreover, the COVID-19 pandemic has boosted e-commerce sales and created legions of new first-time shoppers. 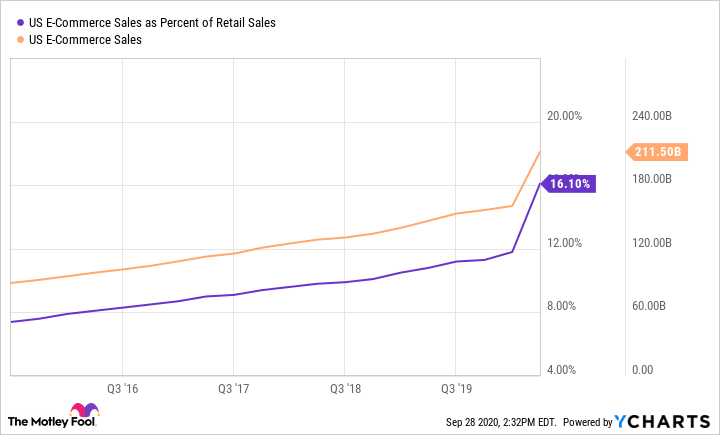 All of which points to the increasing importance of Facebook, Amazon, and Google in terms of overall advertising spending. That's potentially bad news for advertising agencies like Omnicom and Interpublic. The problem is that the online giants can deal directly with advertisers and provide them with a wealth of data and information which advertisers can use to create campaigns.

In response, the advertising agencies have been making plans to expand digital marketing services through internal expansion and acquisitions. However, organic growth has proved hard to come by for the industry. 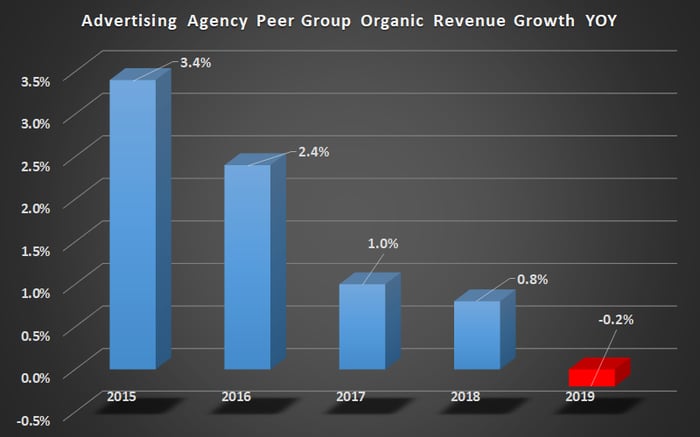 In addition, the huge amount of data produced through digital marketing and the level of analytical application required fits perfectly with the work of management consultants like Accenture, Deloitte, and also IBM, and they have been aggressively expanding their marketing services offerings. All told, the threat is to the traditional advertising agencies, and they face a battle to remain relevant in the digital world.