Please ensure Javascript is enabled for purposes of website accessibility
Log In Help Join The Motley Fool
Free Article Join Over 1 Million Premium Members And Get More In-Depth Stock Guidance and Research
By Beth McKenna – Oct 5, 2020 at 10:00AM

The electric vehicle revolution might be coming sooner than previously thought -- and that would be a good thing for lithium producers.

Lithium Americas (LAC 1.35%) stock has produced electrifying recent gains. Shares of the Canada-based junior lithium mining company skyrocketed 44.2% in September and have raced out of the gate in October, gaining 29.1% in the first two trading days of the month. That brings their total gain to 86.1% in just over a month.

The company isn't currently generating any revenue or profits. It has two mining projects under development: Cauchari-Olaroz in Argentina, a 51%-49% joint venture with China's Ganfeng Lithium, in which Lithium Americas is the minority owner; and Thacker Pass in Nevada. 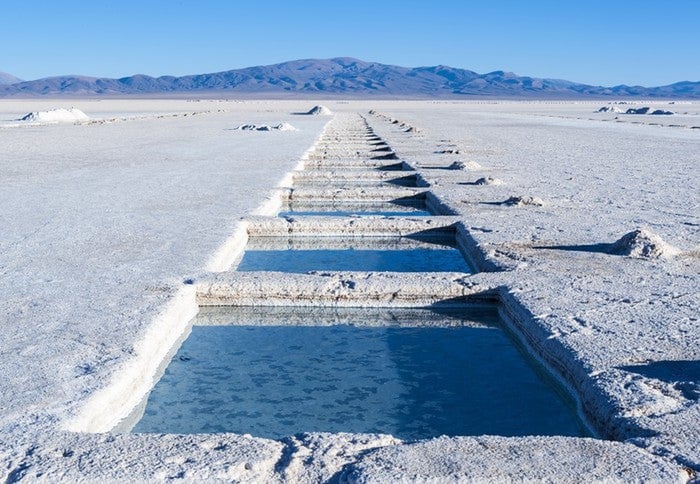 We can probably boil the bulk of Lithium Americas' powerful recent market performance down to two related industrywide factors.

First, expectations seem to be increasing that demand for lithium to make rechargeable batteries for electric vehicles (EVs) will be pulled forward relative to recent projections. (This sentiment excludes the shorter-term negative effect stemming from the pandemic.) In other words, the belief is growing that EVs will displace vehicles with combustion engines faster than previously expected.

Second, lithium stocks, in general, are benefiting from increased awareness among investors of the lithium space. This factor stems from the growth in news coverage of EVs, which is how this catalyst relates to the first one.

What's driving (pun intended) the belief that EVs are going to be kings of the road sooner than previously expected, and the rising investor awareness that they can bet on the EV revolution by investing in lithium stocks?

On Sept. 23, California Gov. Gavin Newsom issued an executive order "requiring sales of all new passenger vehicles to be zero-emission by 2035." The order effectively bans the sale of new cars powered by fossil fuels within the state in 15 years. It also includes other provisions aimed at controlling climate change.

Not surprisingly, California is on track to be the first state in the U.S. to phase out gasoline- and diesel-fueled cars, though 15 other countries have also committed to doing so, according to the state's press release.

The Golden State's move is obviously a boost for EVs, as the state is the largest car market in the country. Moreover, it seems likely that other states will follow California's lead.

On Sept. 22, Tesla CEO Elon Musk announced during the company's "Battery Day" plans to enter the lithium mining space. The aim of taking control of a key part of its supply chain is to ensure it has adequate lithium supplies and to lower its lithium costs.

If Tesla is successful, it will mean that eventually, at least, it won't need to buy 100% of its lithium from third-party suppliers, as it does now.

Overall, this news is a negative for lithium producers, as the industry will lose some key business if Tesla is successful. However, the event certainly brought the lithium industry to the attention of more investors. 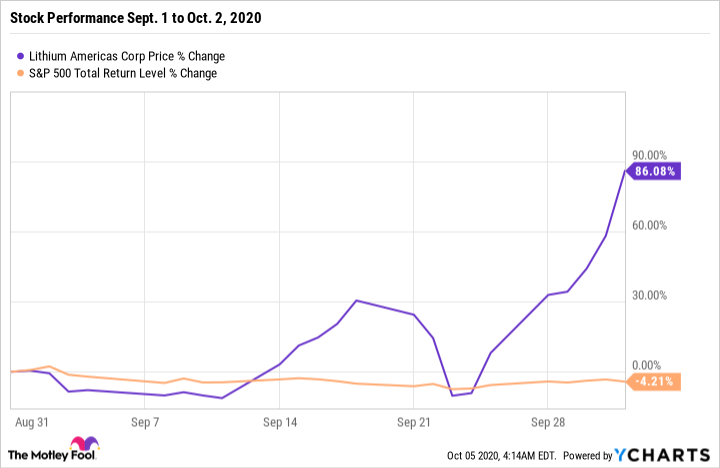 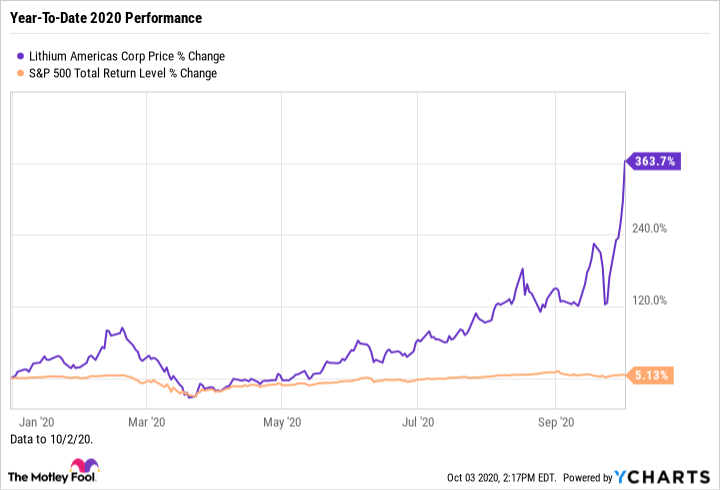 Investors should know that Lithium Americas stock is very speculative. As previously noted, the company is in the developmental stage, and isn't generating any revenue or profits.

That said, it's worth watching.

Why Lithium Americas Stock Can't Stop After Surging in August