The tech giant's music service expansion puts a lot of pressure on its competition.

In mid-September, Amazon (AMZN 3.04%) Music added podcasts to its content library, firmly placing the tech giant right into the middle of what is quickly becoming a crowded market.

Notable for its heavy investment in podcasts over the past year, Spotify (SPOT 0.93%) will undoubtedly feel some pressure from Amazon's economical music bundling and exclusive podcast content. So where does that leave Spotify?

Amazon's decision to join the podcast competition seems to be a wise choice, as podcast listening has increasingly occupied listening hours over the past couple of years. SiriusXM-owned podcast platform Stitcher reported that podcast creation has increased 129,000% since 2010, with more than 7 million podcasts published on its platform in 2019 alone. Spotify also reported the launch of 750,000 podcast shows in the first half of 2020, with consumption increasing at triple-digit rates year over year. Twenty-one percent of Spotify monthly active users already engage with podcasts, up three percentage points from the first quarter of 2020. 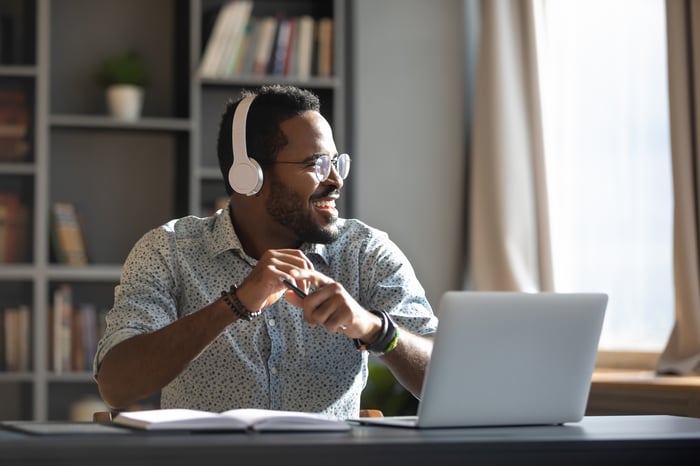 With so much interest in podcasts, Amazon's arrival might appear late to the game, especially with a mere 70,000 podcasts in the Amazon Music library. However, over 60% of podcast listening hours are driven by 10% of power listener users, and categories like true crime, followed by comedy, lead in both listening and binge hours. Amazon's initial foray may be significantly smaller than its established competition, but the company has made its limited content count.

Amazon Music touts its big content draws, such as popular true-crime show Disgraceland, which will move its exclusive home to Amazon from iHeartMedia effective in February 2021. Other newly available shows, like Crime Junkie, Planet Money, Ear Hustle, and Stuff You Should Know, are also notable for their entertaining narratives that combine elements of deductive storytelling and comedic relief.

So while Spotify has been investing heavily over the past couple of years in expanding its podcast library -- to the taxing tune of $500 million in content acquisitions in 2019 -- Amazon seems to have taken a smart, lean route for its podcast launch.

Nevertheless, Amazon plans to add more content every day, and the podcast competition is only heating up. Both companies appear to be digging in on spending to acquire engaging content.

Spotify inked a deal with AT&T-owned DC Comics and Warner Bros. Studios to narrate exclusive content for the platform, and it currently produces top-ranking The Joe Rogan Experience and Harry Potter at Home, which helps draw in diverse listeners over its exclusive, multi-episodic shows.

Amazon, on the other hand, is able to leverage its other business units to produce a different type of content. Using its audiobook company Audible, it will soon co-produce a new show by actor Will Smith, and a new integration with Twitch will allow Amazon to produce multimedia podcasts that combine the best of both worlds, video and audio. 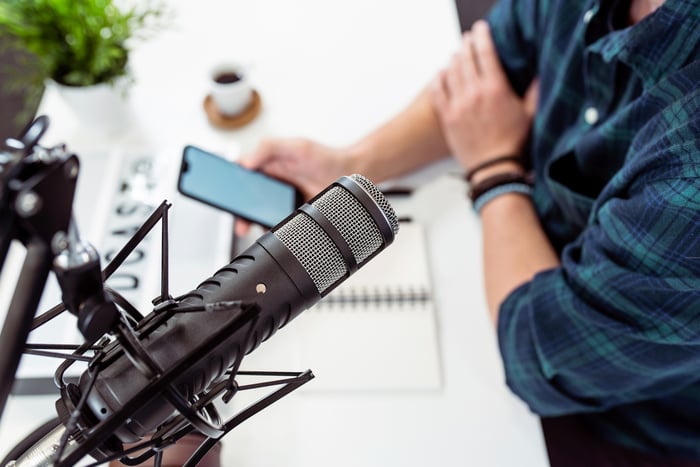 Ultimately, the war of podcast content may go the way of streaming video: Whoever invests the most and offers the most engaging content could be the real front-runner of listening time and user dollars. Spotify is free for ad-supported accounts and starts at $9.99/month for its premium service, while Amazon Music also has an ad-supported version and goes for $7.99/month for its unlimited service.

Despite the effect on total revenue, strong pressure could potentially lead Spotify to reduce its monthly subscription fees in order to price-match Amazon. This is unlikely, however, given the company's strategic emphasis on content expansion. In the same way, Amazon could increase its monthly fees to improve profitability, but it also has the deeper pockets from its other businesses that could help subsidize the cost as it grows its podcast portion. So the battle is undoubtedly in the content.

In the end, Spotify's heavy investment in podcasts might not perform as well as projected depending on how the pressure builds up. The tech company spent a large amount on content last year, pushing itself into deeper operating losses with the hopes that its podcast listening would turn the tide in the future. However, now that Amazon has entered the fray, that day of profitability may be even further away.