It could have been a lot worse.

Shares of Amyris (AMRS 0.58%) fell 11% in September, according to data from S&P Global Market Intelligence, after it was accused in a lawsuit of patent infringement and misappropriating trade secrets.

Specialty ingredients biotech Amyris, which develops sustainable ingredients for the clean health and beauty markets, as well as for flavors and fragrances, started the month on a positive note after announcing it had successfully scaled up commercial production of cannabigerol (CBG), a molecule developed from Cannabis sativa L., or hemp. 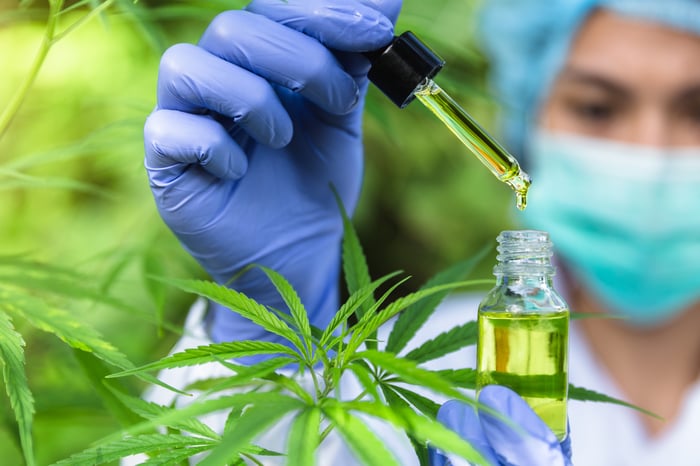 Amyris was hopeful its new fermentation process could see CBG gain support over cannabidiol (CBD) in certain applications that would help grow its portfolio of products.

However, mid-month it was hit by the patent infringement lawsuit by privately held cannabinoid company LAVVAN, which alleged Amyris was illegally using its intellectual property "in connection with their development, testing and production of biosynthetic cannabinoids, including CBG."

Shares of Amyris plunged 26% in one day, and had at one point been lower by 30%.

Amyris began recovering fairly quickly, and has regained about 30% since. It announced its Pipette mother and baby care brand had been selected by Alibaba's Tmall platform to get fast-tracked into the China market with a launch to coincide on the e-commerce giant's Nov. 11 Singles Day sales event, a sales extravaganza similar to Amazon.com's Prime Day, but orders of magnitude larger.