The online discount-shopping marketplace couldn't hold on to the soaring gains it posted in August.

Shares of Groupon (GRPN 3.19%) fell 35.9% in September 2020, according to data from S&P Global Market Intelligence. The discount-deals marketplace's stock more than doubled in August, but those gains turned out to be brittle in the following month.

The August gains took a 12% haircut on Sept. 14, when Groupon published a presentation with details on the company's move to a new business model. A change to the company's accounting policies will boost Groupon's gross margins while lowering its top-line revenues from now on. The policy change is largely cosmetic and should not affect Groupon's earnings or cash flows, but many investors still headed for the exits since revenues will look skimpy in future earnings reports. 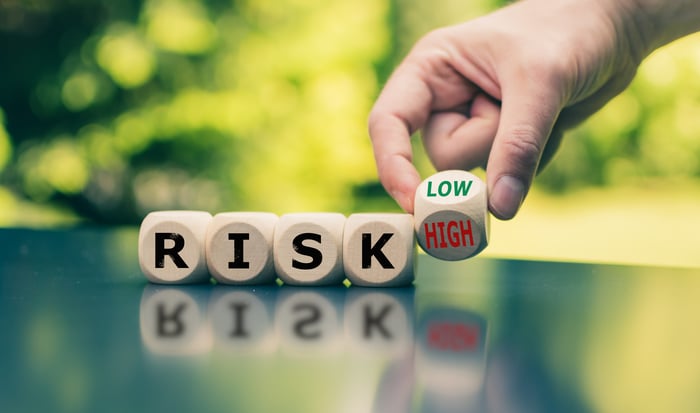 Groupon's stock is now trading 34% higher since the end of July, reflecting the soaring gains of August and the equally dramatic correction in September. However, all of this drama is played out at historically low price levels. The 52-week lows of March were actually all-time lows for Groupon's shares. The stock is trading 57% lower year to date and has lost 80% of its value in three years.

I'm not worried about Groupon's mostly academic accounting policy changes, but the business model is in need of a massive overhaul. This is not the picture of a healthy company in search of a well-earned turnaround: 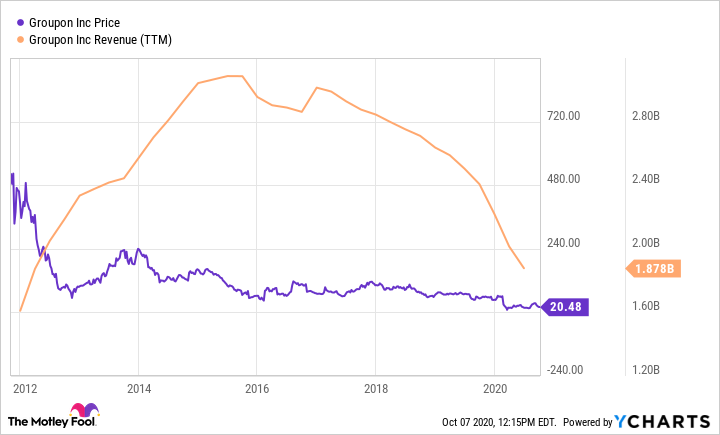 Groupon's business plan never made sense in the first place, and now it's falling apart at the seams. The 20-for-1 reverse stock split in June didn't fix anything other than not letting Groupon become a literal penny stock in 2020. Please be careful with this risky ticker.