These two companies are growing revenues faster than Snowflake, and they're way more profitable.

To the frugal value investor, it might seem off that Warren Buffett's Berkshire Hathaway (BRK.A 0.93%) (BRK.B 1.10%) owns shares of cloud-based data company Snowflake (SNOW 4.64%). The stock is anything but cheap. With a price-to-sales ratio of 120, it's a highly risky equity right now. And in the near term, its price is as likely to go down as it is to go up.

I'm a growth investor, and I'm not buying Snowflake at these prices. The only reason Berkshire Hathaway owns that company, in my opinion, is that Berkshire won a share price that was unavailable to the general public. Was it a smart move for the managers (not Warren Buffett) who made that deal? Almost certainly, as they got a price of $120, and the stock opened at $245.

The question today is: Can we find stronger investment ideas than Snowflake? The answer is simple -- absolutely. Innovative Industrial Properties (IIPR 2.85%) and Virtu Financial (VIRT 2.07%) also have triple-digit revenue growth (like Snowflake). But unlike Snowflake, both of these companies have very nice profit margins, and the stocks are dirt cheap. 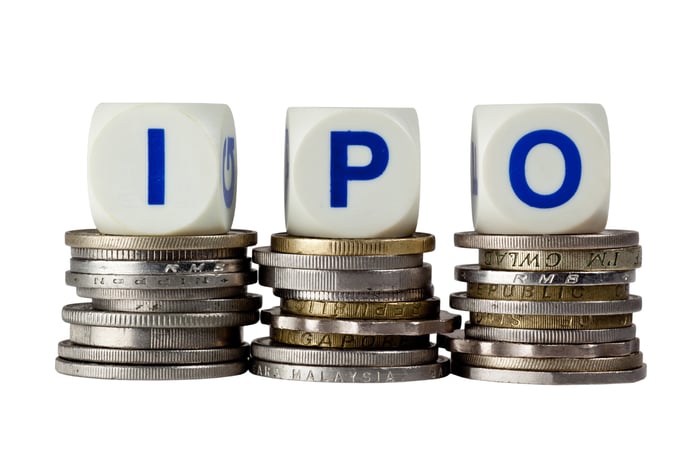 How big is marijuana going to be? Well, tobacco is an $814 billion industry worldwide, and the alcohol industry is worth $1.4 trillion. So it doesn't take a rocket scientist to figure out that the consumer market for marijuana is going to be massive. While we don't yet know which retailers are going to win the minds of consumers and build the strongest brands, we can be reasonably certain of one thing -- Innovative Industrial Properties is going to own many of their pot farms.

Marijuana is still illegal under federal law, but these laws are not being enforced at the federal level. That's because the majority of U.S. states -- 33 and the District of Columbia -- have either decriminalized or legalized marijuana. But because of federal gridlock, the banking industry is not loaning money to marijuana start-ups.

That leaves the industry hungry for cash, and Innovative Industrial Properties has found a clever way to step into this void. The real estate investment trust (REIT) will buy a pot farm, and then turn around to lease the property back to the business. This is how Innovative Industrial Properties has acquired so much marijuana acreage and maintains a steady stream of rental revenue.

Last year, the company had 2.2 million square feet of marijuana properties. That number has doubled in size in only a year. While marijuana will be a high-risk, high-growth sector over the next decade, the financier for this industry will make out like a bandit.

2. Free commissions are increasing volatility and making Virtu a lot of money

In the first half of 2020, Virtu Financial has shown some incredible growth. The company is an electronic market-maker that specializes in retail business. CEO Douglas Cifu said on the company's second-quarter conference call that "Virtu's share of retail activity has been consistent at roughly 30%." Virtu's client list includes Schwab, eTrade, Ameritrade, Fidelity, and Robinhood.

For Virtu, share trading volumes equal profits. The more individual investors trade, the more money the company makes -- and trading volumes have spiked recently. According to the company, "retail investing (is) now accounting for up to 20% of all U.S. trading volumes, about twice the historical average."

What accounts for this spike in individual interest in the stock market? A volatile 2020, which started off with all-time market highs, only for the coronavirus pandemic to set off a market crash in March. That brutal sell-off has since been replaced with a jubilant buy-in. For instance, shares of Shopify fell to $305 a share on March 18, a sharp drop of almost 50%. And then the stock tripled over the next several months.

It's safe to expect even more volatility through the end of the year, as the markets face a presidential election and the possible approval of a coronavirus vaccine or treatment (just to name a couple of examples). But this too shall pass. Does that mean that Virtu's rapid revenue (and profit) growth will dissipate? Management doesn't think so. As Cifu said on the conference call: "There has been much media and industry speculation about the sustainability of the elevated levels of retail engagement. This is not, in our opinion, a short-term phenomenon, but a broader structural change."

Part of this "structural change" has been the introduction of commission-free trading, which has increased the number of overall trades. Robinhood started this trend by charging $0 commissions. When that company started taking market share, Schwab reduced its commissions to $0. And the floodgates opened. Now, basic trades are generally free across the board.

Consider, too, that the ability to buy and sell fractional shares has increased trading activity. Shopify now costs over $1,000 a share. Historically, an individual would have had to save up to buy a share at that price. But now you can buy $10 or $100 worth of Shopify. Free commissions and fractional shares are opening the stock market to younger and first-time buyers.

While it's unlikely that Virtu can continue this sort of torrid growth forever, this is a wonderful place to park cash when the markets are scary (and volatile). The 4.1% dividend yield is far above the S&P 500's average of 2%, and the stock is dirt cheap, currently trading at a price-to-sales (P/S) ratio of 1. Last year, its price-to-earnings (P/E) ratio was 44, and even in June, the stock was trading for 17 times earnings. Now its P/E ratio has dropped to 7. If you're afraid the market is about to crash, you might want to scoop up some shares of Virtu Financial, which is far cheaper than Snowflake.

Why Shares of Compugen Rose 16.5% on Wednesday