The outcome of the presidential election matters -- but probably not a whole lot to your investments.

No matter where you fall on the political spectrum, you probably agree that Nov. 3 can't get here fast enough.

If you're feeling antsy about the election outcome, you may be tempted to go into defensive mode to protect your portfolio. But making investment decisions based on politics usually isn't a sound strategy. Here are four investing mistakes to avoid during election season. 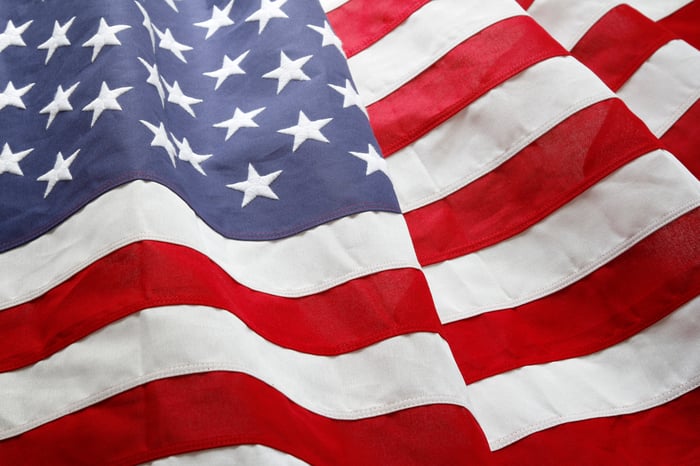 1. Cashing out of the stock market

Presidential races make Wall Street nervous, so investors often cash out as Election Day approaches. Historically, inflows to money market funds -- which invest in extremely low-risk short-term debt -- have risen threefold during election years, compared to non-election years. But the only thing that's predictable about downturns is that they're going to happen. We just don't know when.

Sure, the outcome of the election could cause the stock market to dip in the short term, especially if the results are disputed. But historically, the stock market has rewarded those who stay invested in a diversified portfolio over the long term.

2. Waiting until after the election to invest.

Trying to time the market for any reason, including an election, is rarely a winning game plan. If you're waiting until after the election to invest, here's why you should reconsider.

Consider three possible scenarios. In one, you invest at the beginning of an election year. In the second, you make monthly investments for 10 months leading up to Election Day. And in the third, you wait until after the election to invest.

Investing in a lump sum after the election would have produced the worst returns in 16 of the past 22 elections over a four-year holding period, according to a study from Capital Group that looked at this hypothetical situation.

The takeaway is clear: Whether you're a lump-sum investor or you practice dollar-cost averaging, you'll come out ahead if you don't try to time your investments around politics. The best strategy is to ignore the election altogether when it comes to investing decisions.

Stock market volatility tends to be high in November and December immediately following an election. The best thing you can do is ignore it.

The CBOE VIX Futures Index uses futures contract pricing to measure how much volatility investors predict. Trading prices for futures contracts expiring Oct. 28 peak at $31.90, then drop slightly for the next two weeks, then peak again for those expiring Nov. 18 before tapering off -- implying that traders expect the most volatility shortly before and after the election.

But short-term volatility has very little impact on long-term results, so avoid the urge to sell just because the market gets bumpy.

4. Changing your strategy based on your election predictions.

The election will influence our lives in plenty of ways, but who becomes president probably won't have a big effect on our stock portfolios. Regardless of whether a Republican or a Democrat is president, stock market returns tend to be below average for the first two years of their term and above average for the last two, according to a Fidelity analysis of stock market returns going back to the first presidential election in 1789.

Many analysts agree that the biggest risk to Wall Street isn't who wins -- it's not having a clear winner. Even then, the effect on the stock market would probably be short-lived.

If there's another stock market crash, it's far more likely that it would be less the product of the election and more the result of broader economic events, like another wave of coronavirus-related shutdowns or widespread defaults following prolonged financial pain.

The election shouldn't affect your overall strategy. Don't let the potential for short-term chaos distract you from your long-term goals.