Analysts compete to offer the biggest price targets for Apple.

The first reason is a price target hike. This morning, RBC Capital raised its estimation of Apple stock's worth to $132 a share. That's only about 7% above where the shares trade right now, but Apple stock could continue to grow, says RBC, as its upcoming Fitness+ offering "drive[s] customer loyalty and repeat purchases" of iPads and Apple Watches and evolves into a "worthwhile competitor" in the health and wellness industry.

Second, investors are looking ahead to Apple's Hi, Speed event and product unveiling Tuesday, in which the company is expected to reveal its iPhone 12 lineup and other new products. 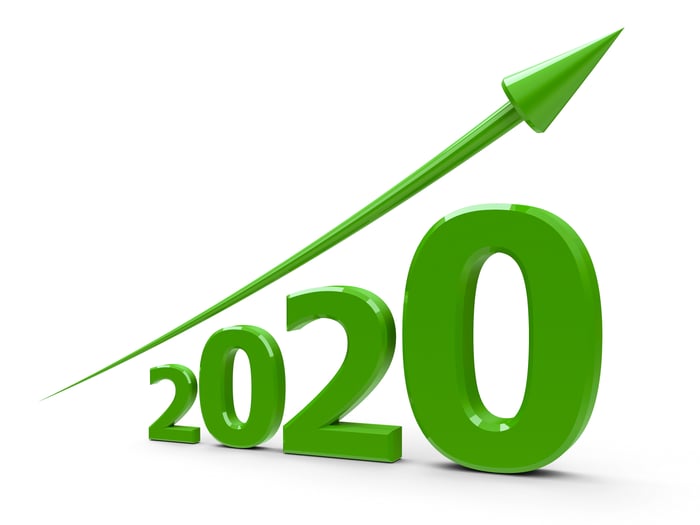 Excitement over this event might have sufficed to drive interest in Apple shares higher all on its own. But in a third item, analysts at investment bank Wedbush chose today to hype the event, calling it Apple's "most important product cycle since the iPhone 6," a "game changer," and a "once in a decade" opportunity, according to StreetInsider.com.

Perhaps most important of all (to investors), Wedbush notes that "Apple and its Asian suppliers anticipate stepped-up demand for the larger 6.7-inch model" -- the highest-priced of Apple's new iPhones, and for that reason the one likely to produce even fatter profit margins than usual for this tech stock.

Seeing the potential for Apple to sell 75 million or even 80 million new iPhones, Wedbush believes Apple stock could be worth as much as $150 a share within a year.