Please ensure Javascript is enabled for purposes of website accessibility
Log In Help Join The Motley Fool
Free Article Join Over 1 Million Premium Members And Get More In-Depth Stock Guidance and Research
By Lou Whiteman – Oct 16, 2020 at 8:34AM

The commercial business is hitting an inflection point, but there are still dangers up ahead.

It's been a rough year for Boeing (BA -2.99%) shareholders, as a one-two punch of issues with the company's 737 MAX coupled with a pandemic-induced falloff in aircraft demand has sent the shares tumbling nearly 50% year to date.

Management will provide an update on how things are going on Oct. 28 when Boeing releases third-quarter results. In the meantime, here are three things investors should consider before buying Boeing shares. 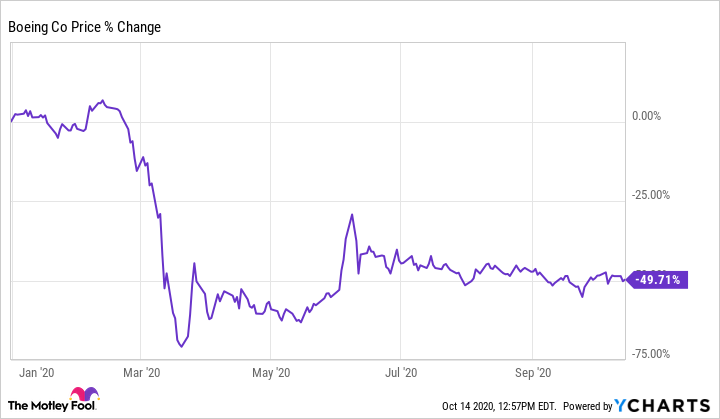 Boeing's 737 MAX was grounded in March 2019 after a pair of fatal accidents. The company has missed numerous internal deadlines to get the plane airborne again, facing a lot of criticism along the way, but recertification appears finally to be close at hand.

U.S. and international regulators have completed test flights to evaluate changes Boeing has made. The company got a symbolic boost in late September when Federal Aviation Administration head Steve Dickson, a former military and commercial pilot, took the plane up for a flight and later declared, "We're in the homestretch."

Boeing burned through nearly $10 billion in the first half of 2020, and it desperately needs the 737 MAX in flight again to turn free-cash-flow positive.

The company has spent billions related to the grounding, including maintaining the more than 400 planes built but not yet delivered and providing compensation and support to suppliers and customers. Recertification means deliveries can resume, which will up the amount of cash coming through the door.

Does anyone want to buy an airplane?

Unfortunately, the market Boeing will be selling into is much different than what was expected coming into the year. The COVID-19 pandemic has depressed demand for air travel, causing airlines to rethink growth plans and instead focus on preserving cash.

The pandemic is weighing heavily on Boeing's order book. Boeing recorded 51 order cancellations in September, all 737s, and has seen its net orders fall by 983 planes for the year. That trend is unlikely to reverse anytime soon. Boeing earlier this month cut its total aircraft delivery forecast for the next decade by nearly 11%.

The 737 backlog at month's end stood at 3,403, down more than 25% since the initial March 2019 grounding despite no deliveries during that time. Boeing's 787 backlog declined by seven in the month to 475, all thanks to deliveries, and its overall backlog stood at 4,325 planes. 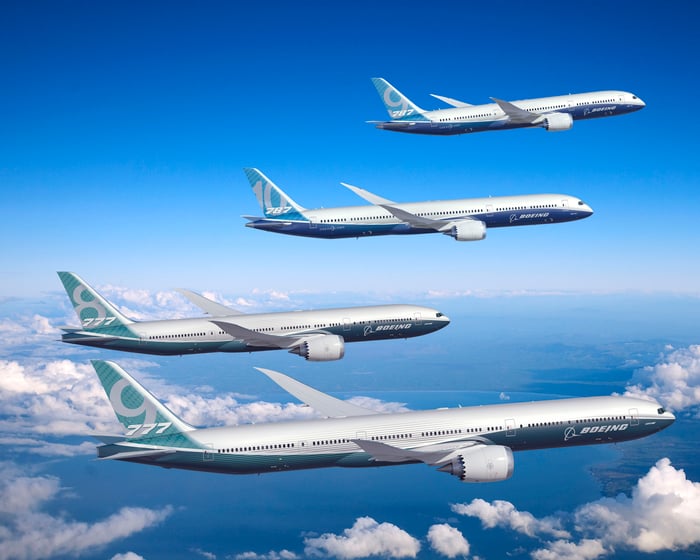 Boeing has said it expects new plane demand will take years to recover, and it is scaling back production rates in response. Production of the 747 is set to be discontinued. And the company earlier this month announced plans to shutter one of its two 787 Dreamliner assembly lines, reducing 787 production from 14 per month to 10 per month with plans to make just six per month by mid-2021.

Similarly, the 737 MAX line is far from the production goal of 55-plus jets per month that Boeing had set prior to the groundings. The company will likely manufacture fewer than 80 in all of 2020, and it gradually hopes to rebuild production to 31 planes per month in the years to come.

All the cutting might not be enough. Boeing delivered just 13 787s in the third quarter, far below the current production rate. Dreamliners are used primarily for international travel, which is likely to be the last aviation market to recover post-pandemic. I think it is likely Dreamliner production will be slowed further in 2021, or if nothing else Boeing will be forced to hit that lower six-per-month rate sooner than planned.

I expect Boeing's third-quarter earnings summary to be more upbeat than those of the prior two quarters, fueled by optimism over the 737 MAX's return to service. But make no mistake about it: This is a company in the early stages of a difficult turnaround effort, and it's facing significant headwinds in the years to come as its airline customers try to rebuild following the pandemic.

At best, Boeing will see the beginning of a commercial aerospace turnaround in 2022. The company will also need time to work through the culture issues exposed by the 737 MAX debacle, as well as the inevitable shareholder lawsuits that have followed.

Boeing also has other issues to manage, including Dreamliner technical concerns and a long-running international dispute over subsidies that is heating up.

Even if Boeing is on the right path, the company is a long way from its destination. Given all the issues the company is juggling, I have no interest in buying into Boeing right now.