The three stocks averaged a nearly 8% climb, well ahead of the S&P's meager 0.2% rise for the week. I failed, and failed badly. Let's see if I can get back on track with my bear-tracking skills. 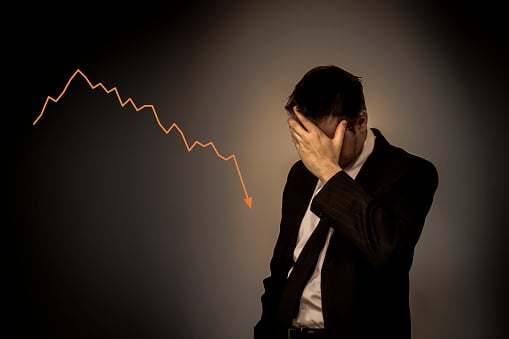 I'm putting another token into this game. If I thought that the leading small-box retailer of video games hadn't earned its 52-week highs a week ago, I'm even more adamant now, with the shares trading even higher.

A hedge fund taking a 5.5% stake last week doesn't mean that it will chase the other 94.5% shares higher. The partnership with Microsoft is intriguing, but revenue will keep heading lower the way it has every year since 2018. The revenue-sharing arrangement with Microsoft in exchange for having GameStop buy a ton of its Surface tablets and subscribe to the software giant's analytical and productivity tools isn't as great as the market thinks. I even covered for this contingency in last week's diss.

"Even if GameStop gets a piece of the action, this is all about weaning folks off discs and cartridges, highly problematic since GameStop's chunkiest margins lie in physical software and the resale of physical software," I wrote last week. I stand by that even more now.

One of the more interesting companies reporting earnings this week is AT&T. Telcos in general are struggling these days, and AT&T finds itself so out of favor that it's trading near its 52-week low and with its yield ballooning up to 7.6%.

AT&T has two ways to impress the market this week. CEO John Stankey will make a presentation at a tech conference on Monday. We then have AT&T's third-quarter earnings report after Thursday's market close. Its DIRECTV and Time Warner acquisitions aren't paying off, and it remains to be seen if its wireless business can keep carrying the company.

I own AT&T personally, so it pains me to say that this is a stock to avoid this week. However, the trends are not its friends right now. Subscribers keep defecting from its cable and satellite television platforms. Its legacy wireline businesses continue to fade away. A lot of money is being invested in 5G, and the payoff -- despite its speed advantages -- remains unclear for AT&T. It's hard to see the positives outweighing the negatives in Thursday's report.

The restarting line keeps getting moved for the cruise line industry, and that's clearly painful for shareholders of the world's largest operator. The stock is trading 72% lower in 2020, and we still have another two months of potential pain to get through.

Carnival and its peers are currently hoping to set sail again in December, but that hinges on having the Centers for Disease and Prevention Control not extend its ban on U.S.-based sailings that's currently set to expire at the end of the month. A new obstacle in Carnival's recovery came on Friday, when a federal judge ruled that the cruise line operator needs to certify each of its ships to make sure it is compliant with a probation obligations 60 days before returning to U.S. waters. If the ruling holds up, the calendar isn't kind at this point.

This is a Carnival-specific matter -- related to its probation since pleading guilty to environmental crimes three years ago -- that won't get in the way of its smaller rivals' ability to resume operations. The cruising industry is due for some good news eventually, but right now Carnival's chances of bouncing back in the near term are getting harder.

If you're looking for safe stocks, you aren't likely to find them in GameStop, AT&T, or Carnival this week.