The 2020 Election is winding down -- and tightening up. That could be bad news for green energy stocks.

Solar-power equipment, solar-panel installation, lithium for solar batteries -- everywhere you look in the solar-power industry, it appears to be nothing but bad news today. But what exactly is the news that's bringing these stocks down? 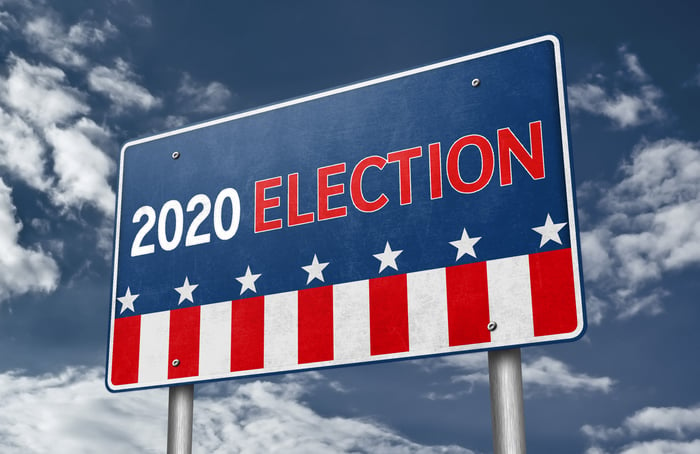 In only one case is the answer here obvious: In a pair of new Wall Street ratings Wednesday, analysts appear to be evenly split on Lithium Americas stock -- and even the good news was pretty bad.

Early this morning, investment bank Roth Capital downgraded Lithium Americas stock from buy to neutral, with a $13.50 price target, reports StreetInsider.com. Roth is concerned that Lithium Americas, which doesn't actually produce lithium in commercial quantities yet, just told investors that it doesn't expect to begin producing from its Cauchari-Olaroz mine in Argentina before "early 2022" -- and gave no date on the start of production at its Thacker Pass mine in Nevada. Additionally, Lithium Americas noted that it will need to spend a total of $565 million to complete even just the first of these projects -- of which more than $200 million still needs to be spent.

These revelations and others, says Roth, "had a relatively significant impact on our valuation" of Lithium Americas mining stock. Roth is therefore cutting its price target 10%, to $13.50 per share.

In related news, BMO Capital -- which already had a neutral rating on Lithium Americas, raised its price target on the stock -- but only to $10 a share. Seeing as Lithium Americas shares sell for more than $11 today, however, this was hardly a positive for the stock.

And what about Enphase and Sunnova? No one downgraded those two stocks -- to the contrary, Enphase stock actually won a higher price target ($124) from analysts at Bank of America yesterday. And Sunnova has picked up not one, but two separate target-price hikes in the past week -- from Goldman Sachs, which sees the stock going to $37, and from JMP Securities, which values Sunnova at $55!

News like this, one would think, should be driving Enphase and Sunnova shares up, not down. But here's the thing: Already in the past year, Sunnova shares are up nearly 200% and Enphase stock has gained close to 400%. In short, both stocks have already gone up a lot -- possibly because investors are betting that a Biden-Harris administration will be inaugurated next year and quickly pass a "green new deal."

The closer this race gets, the weaker the chances for passage of a Green New Deal -- and the worse the chances that investors in solar stocks will enjoy windfall profits in 2021.