Please ensure Javascript is enabled for purposes of website accessibility
Free Article Join Over 1 Million Premium Members And Get More In-Depth Stock Guidance and Research
By Lou Whiteman - Oct 22, 2020 at 10:21AM

The tech giant is trying to cut emissions on some of its employees' most-traveled routes.

Microsoft ( MSFT 0.73% ) and Alaska Air Group ( ALK 6.61% ) announced a partnership on Thursday in which Microsoft will buy jet fuel made from waste oils to power Alaska flights.

Microsoft earlier this year pledged to become "carbon negative" by 2030, and by 2050 hopes to remove all the carbon it has emitted since its founding in 1975. The company will need help to meet that lofty goal, and with commercial airlines responsible for upward of 3% of global carbon emissions, working with an airline is a good way to make a difference. 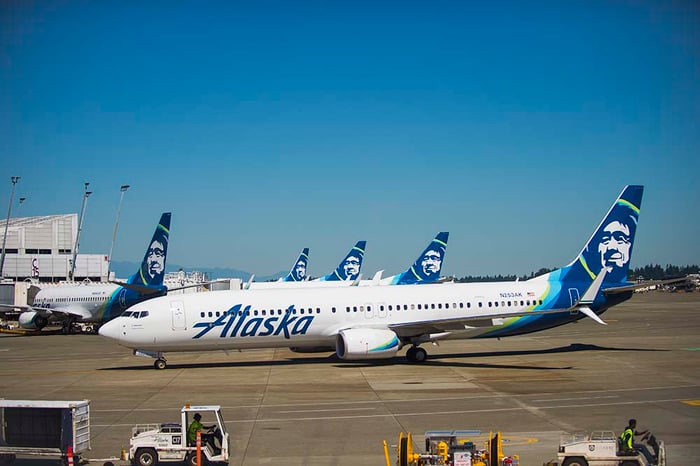 The agreement with Alaska should help reduce emissions on Microsoft employee travel between its Seattle headquarters and San Francisco, San Jose, and Los Angeles, the three most-often traveled routes by its employees on Alaska Air.

"We are excited to partner with Alaska Airlines to make business air travel a little greener by using sustainable aviation fuel supplied by SkyNRG to reduce the carbon impact of the flights Microsoft employees fly most," Microsoft executive vice president Judson Althoff said in a statement.

The fuel is made from waste oil from cooking and agriculture and blended with traditional jet fuel. Microsoft will purchase credits redeemable for sustainable aviation fuel from SkyNRG, which is based in the Netherlands, and the fuel will be delivered for use by Alaska.

Alaska Air has been using sustainable fuel for about a decade in a limited capacity.

Airline CEO Brad Tilden praised the potential of alternative fuel, but said "we cannot do this alone -- we must work together with other industries and business leaders like Microsoft and SKyNRG" to expand the use of cleaner fuels.