The chipmaker will sell most of its memory business to SK Hynix. 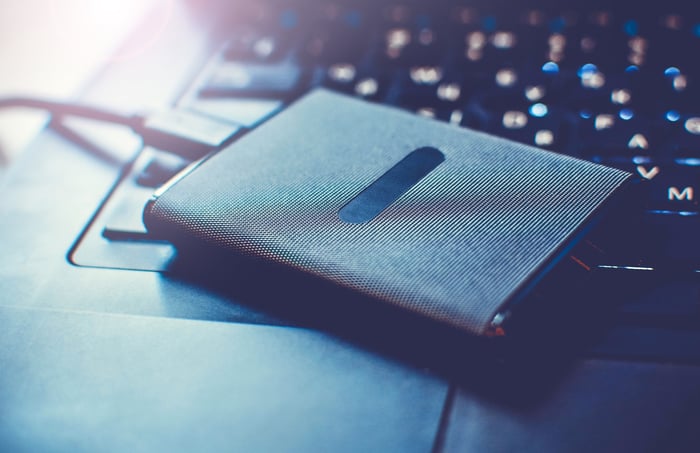 Intel will retain its smaller Optane memory unit, which houses the 3D XPoint memory it co-developed with Micron (MU -1.20%). Intel doesn't mass produce Optane chips on its own, it simply buys them from Micron and resells them.

SK Hynix's takeover of Intel's NAND business will significantly shake up the NAND market. Intel ranked fifth in the global NAND market with an 11% share in the second quarter of 2020, according to DRAMeXchange, while SK Hynix ranked fourth with a 12% share.

Why did Intel sell its NAND business?

Intel's NAND business generated $2.8 billion in revenue, or 7% of its top line, in the first half of 2020. It accounted for 93% of its non-volatile memory solutions group (NSG) revenue, which rose 62% year-over-year during those six months as NAND prices rebounded.

The NAND business also generated $600 million in operating profits during the first half of the year. That growth offset the NSG's segment's other losses and enabled the unit to generate an operating profit of $256 million, or 2% of Intel's operating income, compared to an operating loss of $581 million a year earlier. 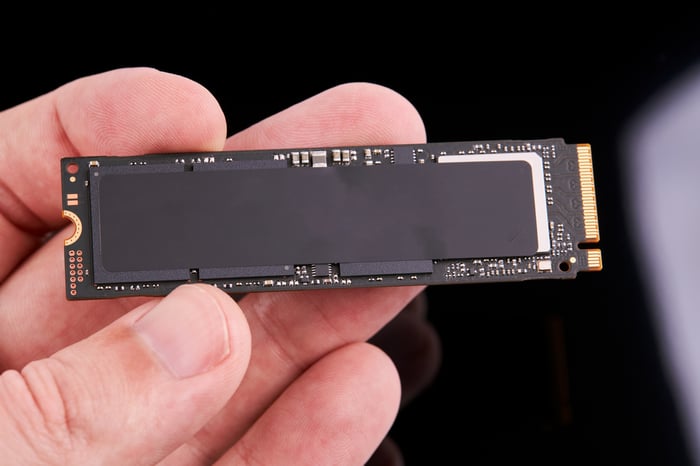 Based on those growth rates, it seems odd for Intel to sell the business. But back in March, CFO George Davis declared the NAND business wasn't generating adequate profits. The following month, CEO Bob Swan suggested Intel might pursue a partnership to boost the segment's profitability.

Those comments suggested Intel couldn't match the scale of larger memory chipmakers, and that it lacked pricing power in the crowded SSD market. Moreover, selling its Dalian plant would reduce its overall exposure to China -- where 10% of its net property, plants, and equipment were located last year -- as a precaution against escalating trade tensions.

That line of thinking likely led to Intel's decision to divest its NAND unit, even as market prices rose and the unit generated stable profits again. Swan claims the sale will allow Intel to "further prioritize our investments in differentiated technology where we can play a bigger role in the success of our customers and deliver attractive returns to our stockholders."

Intel's stock declined about 10% this year as it struggled with ongoing market share losses in the CPU market to AMD (AMD -2.51%). Intel's troubles started in late 2018, when production problems with its 10nm chips caused a shortage of 14nm chips.

AMD didn't suffer from that shortage, since it outsourced the production of its top-tier chips to Taiwan Semiconductor (TSM -2.06%). As a result, AMD gained market share against Intel, and surpassed it in the "process race" to create smaller and more power-efficient chips.

Intel boosted its spending to resolve its chip shortages last year, but it fumbled again this year by admitting its 7nm chips would be delayed until 2022 or 2023. That setback indicated that Bob Swan, the former CFO who succeeded Brian Krzanich in mid-2018, couldn't match AMD's moves under Lisa Su, a chip engineering veteran who guided the development of its Zen-based CPUs.

But where will Intel actually invest that cash?

In that context, it makes sense for Intel to prioritize investments in R&D to keep pace with TSMC in the process race. Unfortunately, Swan has repeatedly prioritized buybacks over meaningful investments.

Intel plans to spend just $15 billion on capex this year, down from $16.2 billion in 2019. Those moves suggest Swan is more interested in temporarily boosting Intel's EPS than resolving its worst crisis in decades.

Therefore, I suspect Intel is selling its NAND business to boost its free cash flow, and it will funnel most of that cash toward bigger buybacks. I hope I'm wrong, and Intel increases its capex to resolve its pressing R&D and production issues, but Swan's past actions suggest that won't happen.