Southwest Airlines (NYSE:LUV), famously an all-Boeing (NYSE:BA) fleet for most of its existence, confirmed it is evaluating an Airbus (OTC:EADSY) jet as part of its future growth plans.

Southwest management during a post-earnings call said that, although the airline is mostly focused on buying 175-seat Boeing 737 MAX 8 planes today, it plans to retire a lot of smaller 737-700s in the years to come. And given that not all of its routes are well suited for the larger planes coming into its fleet, other options are needed. 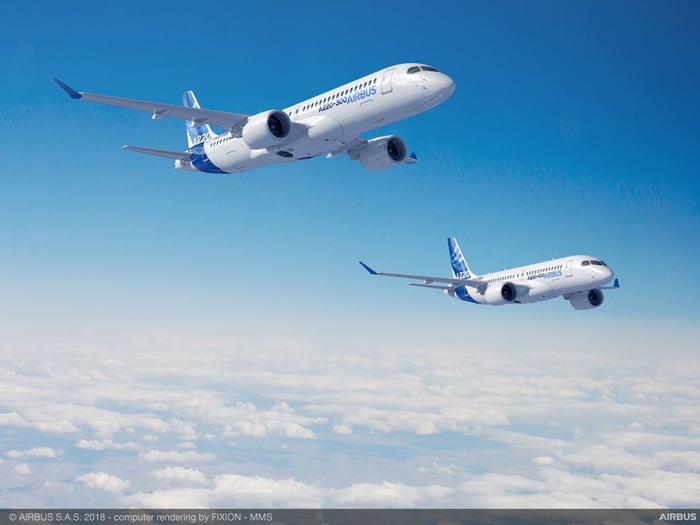 The most likely Boeing option would be the 737 MAX 7, a smaller version of its mainstay narrow-body aircraft. Southwest officials said they are indeed evaluating the MAX 7 but added the Airbus A220 was also an option.

Most airlines operate diverse fleets sourced from a number of manufacturers, but Southwest, since its founding, has emphasized network simplicity. The airline has primarily flown variations of the 737 since the early 1970s and is tightly linked with Boeing.

Southwest has one of the largest orders in for 737 MAX planes and seems unlikely to abandon Boeing. But it would be a symbolic blow to Boeing to see Airbus jets in Southwest colors.

Airbus acquired control of the A220 line, then known as the CSeries, from Bombardier in late 2017, and the small airplane is well suited for what airlines expect to need in the years to come as the industry tries to claw its way back from the COVID-19 crisis.

Boeing had hoped to bring a direct rival to the A220 in-house via a deal to combine with the commercial operations of Embraer, but that deal fell apart earlier this year. At the time that deal collapsed, there was concern that it would create a hole in the portfolio that Airbus would try to exploit. Southwest looks like a good test of whether those concerns are justified.

Southwest hopes to place an order in about a year, with deliveries to begin in 2025 or later.