So here we are the end of the trading week, and Snowflake (NYSE:SNOW) stock, the hottest of hot IPOs just a month ago, is melting into a puddle, finishing the day down almost 11%. You can probably blame the bankers at Barclays for that.

This morning, Barclays Capital upped its price target on Snowflake to $277 a share. But Snowflake was already selling for more than $297 a share when Barclays raised its target. To hit the new target, Snowflake would have to fall nearly 7%. 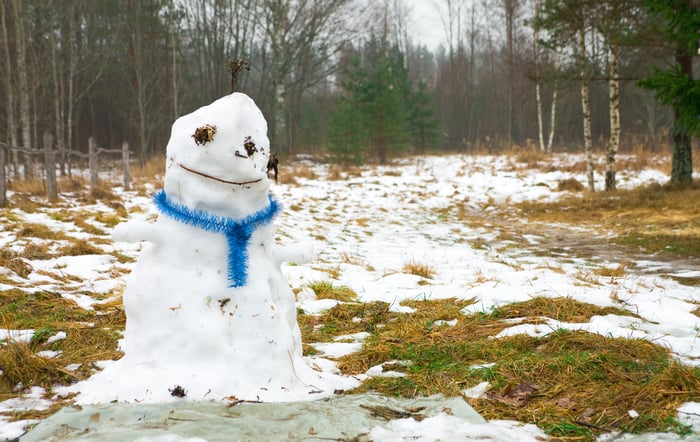 And now it has fallen even more than that. For a growth stock like Snowflake, which nearly tripled its sales over 2018 levels last year, that's certainly discouraging. But when you consider that despite all the growth, Snowflake remains free-cash-flow negative (with cash losses of $126 million), deeply unprofitable ($343 million in GAAP losses over the past year), and is expected by most analysts to remain unprofitable through at least 2025, maybe Barclays is making the right call here.