Please ensure Javascript is enabled for purposes of website accessibility
Log In Help Join The Motley Fool
Free Article
Join Nearly 1 Million Premium Members And Get More In-Depth Stock Guidance and Research
By Keith Noonan, Joe Tenebruso, and Will Healy – Oct 31, 2020 at 8:00AM

Find out why you might regret waiting to invest in these companies.

There's a presidential election happening on Nov. 3. You might have heard about it. You'll probably hear plenty more about it after all the voting has taken place and the results have been analyzed. The stock market could make big moves depending on how it all pans out, and investors may want to consider some trades ahead of the big day.

We asked three Motley Fool contributors to identify a top stock that's worth buying before the election. Read on to see why they think that now is the time to add Baozun (BZUN -6.12%), Amazon (AMZN -8.43%), and Facebook (META -1.19%) to your portfolio. 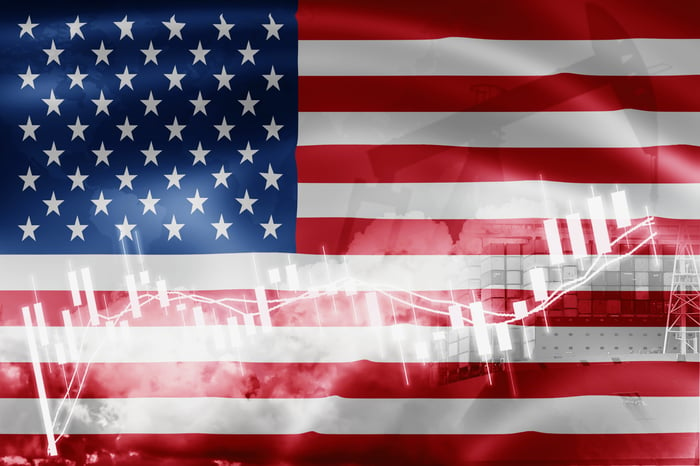 Keith Noonan (Baozun): Now is a great time to invest in China's e-commerce market, and Baozun stands out as one of the most potentially explosive stocks in the space. The company generates most of its business from helping large Western brands launch and expand online retail stores tailored for the Chinese market. U.S.-based companies including Microsoft, Nike, and GoPro depend on its services, and there's a good chance that the e-commerce specialist will continue to attract brands that are eager to benefit from continued growth for the world's largest online retail market.

Baozun stock is also looking particularly attractive right now because China is performing well compared to other large economies. The International Monetary Fund estimates that the U.S. gross domestic product will contract 4.4% this year. Britain's economy is expected to contract 9.8%, and Japan's economy is projected to shrink 5.3%. Meanwhile, the IMF anticipates that China's GDP will climb 1.9% this year despite coronavirus-related headwinds -- making it the only economy to grow in 2020. The IMF is also guiding for the country's economy to climb 8.2% next year.

Strong growth for China's e-commerce market and overall economy should help Baozun thrive no matter which party wins early in November, but there is a potential election play with the stock. The company might post even better performance if Democratic presidential nominee Joe Biden defeats President Donald Trump and takes softer trade and political stances in dealing with China.

Cast your vote for the cloud and e-commerce play

Will Healy (Amazon): The election, like the world's other uncertainties, seems to play into Amazon's hands. No matter who wins, it will likely not stop the march into the cloud. Moreover, with Christmas coming soon and a resurgence in COVID-19 cases, shoppers will have all the more reason to buy from Amazon.

Amazon stock remains attractive to new buyers despite growth of more than 65% in 2020. Admittedly, a forward P/E ratio of almost 60 does not appear cheap. Nonetheless, the multiple has fallen by more than half from 2017 levels. Additionally, the massive growth Amazon continues to produce should make that valuation worth paying. In the third quarter, net sales increased by 37% from year-ago levels, while net income nearly tripled during the same period.

Analysts have also not shied away from predicting robust growth for next year. They predict net income will rise by an annual rate of 40% both this year and next.

Amazon's primary profit driver, Amazon Web Services (AWS), will likely drive much of this growth for years to come. Grand View Research forecasts that the global cloud computing market will grow at an annual rate of 15% through 2027. Grand View also predicts 8% for e-commerce over the same period. Fortunately for Amazon investors, revenue growth in both industries far exceeds these forecasts.

History shows that Amazon's revenue levels have marched higher regardless of whether a Democrat or a Republican holds the White House. With both e-commerce and cloud computing in growth mode, investors should expect higher returns in either a Biden presidency or a second Trump term.

Joe Tenebruso (Facebook): Facebook has (rightfully) taken a lot of heat for its part in allowing misinformation to spread on its social media platforms ahead of the U.S. presidential election. But while safeguarding its network from malicious actors will remain an ongoing challenge, advertisers' and investors' focus on these issues is likely to dissipate after Nov. 3.

In fact, marketers are once again flocking to Facebook's social media properties. More than 10 million advertisers are now active across its services every month. These companies pay handsome sums to reach the over 2.5 billion people who use one of Facebook's apps every day.

In the coming weeks, investors are likely to turn their attention to Facebook's strong operating performance and intriguing growth prospects. The digital ad giant's revenue jumped 22% year over year to $21.5 billion in the third quarter while its earnings per share surged 28% to $2.71. Facebook is seeing increased demand for its services during the coronavirus pandemic, as social distancing measures are driving people to spend more time online.

CFO David Wehner expects Facebook's ad revenue growth to accelerate in the fourth quarter, due to "continued strong advertiser demand during the holiday season." Investors should consider buying shares today, ahead of what could be a blockbuster quarterly performance by Facebook.