Interest in the young streaming service is suspiciously weak, even among consumers who can get it for free.

Roughly a month before the May launch of HBO Max, I cautioned AT&T (T -2.22%) investors to keep their expectations for the new streaming service in check. My chief concern was its price. At $14.99 per month, HBO Max would have the highest monthly starting price of any streaming video on demand (SVOD) platform. Moreover, a huge swath of existing AT&T customers would be getting it free, therefore not adding any incremental revenue.

I was wrong. I wasn't wrong about the price being a challenge, to be clear. My error was in misjudging the depth of the difficulty in selling HBO Max, or even giving it away. As of the end of September, only 8.6 million consumers had activated HBO Max even though more than 38 million people may be eligible to enjoy it at no cost. Only 3.6 million of those activations were "retail" purchases from consumers outside of AT&T's customer ecosystem or AT&T customers not eligible for free HBO Max. 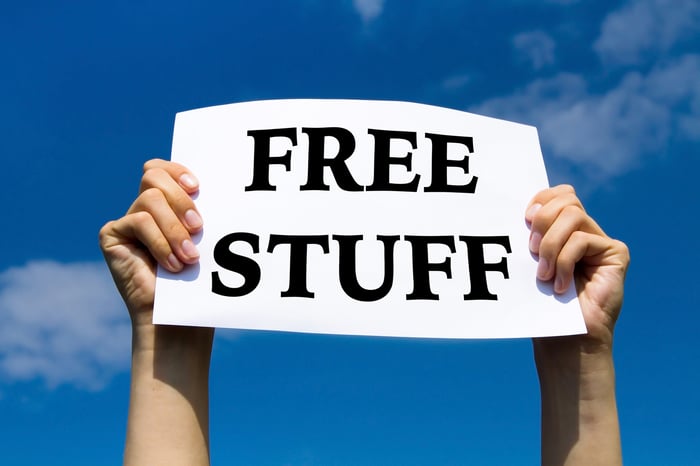 That's more than a little concerning for a service that's been around for over four months now, and has already seen a generous discount to only $11.99 per month.

Lagging rivals in a big way

For perspective, streaming service Peacock from Comcast (CMCSA -2.77%) reported about 15 million users as of mid-September, just since its public launch in July and its private launch to Comcast's cable customers in April. Walt Disney's (DIS -2.21%) Disney+ was serving a little over 60 million subscribers as of early August following its launch in November of last year. Netflix (NFLX -0.27%), the oldest and biggest streaming name, ended its third quarter with 195 million memberships.

In its defense, HBO Max is new: roughly the same age as Peacock. Although Peacock clearly has more users, streaming app aggregator and streaming media research outfit Reelgood suggests most of its viewers are plugging into the free, ad-supported version.

Disney is also arguably undercharging Disney+ watchers, asking only $6.99 per month for access to the bulk of the entertainment giant's classics as well as new stuff, including Disney+ exclusives like The Mandalorian and the film Artemis Fowl.

It should also be noted HBO Max isn't supported on Roku devices or Fire TV hardware from Amazon, limiting its prospective reach.

A whole bunch of people could still get HBO Max for free, though. They just aren't.

Most free users are saying "no thanks"

The list of consumers eligible for free access includes those paying for HBO through their cable provider like Comcast or Charter's cable brand Spectrum. Customers of streaming cable platforms like Disney's Hulu+Live and AT&T's TV Now that also offer HBO are also able to view HBO Max for free. That puts the company's potential cable or virtual-cable market size at just over 38 million consumers, according to AT&T's most recent quarterly report.

Free access doesn't end with TV players, though. Most of AT&T's wireless plans under its Unlimited umbrella also give those wireless customers free access to HBO Max. They just have to activate the option online.

AT&T doesn't disclose how many of its wireless customers are these Unlimited customers. But it does report nearly 75 million postpaid wireless subscribers as of the end of last month. Even if only a relatively small number of those consumers are on so-called Unlimited plans, that's still millions of people who aren't turning on their free access to the nascent streaming service.

It's easy to draw your one, favorite conclusion about the tepid early interest in HBO Max, whether that's pricing, limited availability, logistics hurdles (like logging in to sign up), or competitors like Netflix and Peacock just doing a better job at getting consumers' attention. I'm not on board with any singular explanation, though. Rather, I suspect a combination of those factors are presenting themselves as a headwind for HBO Max. This mix of headaches makes the solution even more elusive for AT&T.

Regardless, I'll reiterate what I said months ago about HBO Max: Even at its target of 50 million customers by 2025, HBO Max isn't a game-changer for AT&T. Assuming each of those consumers is paying $14.99 per month (and most of them will actually likely be free users), that's still only $9 billion in revenue per year for a company that generated $181 billion worth of business in fiscal 2019.

HBO Max's real strength was instead always going to be as a sales and retention tool, but I guess I was wrong in that regard as well. Given the numbers thus far, even that prospect is now in question.