The video streaming specialist is making a bold move in a key market.

The novel coronavirus pandemic gave Netflix (NFLX -1.22%) a shot in the arm in the first half of 2020 as people streamed more video while stuck at home by lockdowns put in place to contain the spread. But now it looks like the streaming giant's COVID-19-driven gains might be about to come to an end.

Netflix's subscriber growth for the third quarter of 2020 disappointed Wall Street, falling short of the company's own expectations. Netflix added to investors' gloom by pointing out that it expects subscriber growth to decline on a year-over-year basis in the first half of 2021. There are concerns that Netflix's growth may have already hit a peak, with its subscriber base anticipated to grow 14% next year compared to this year's estimated growth rate of 20%.

But it may be too early to count Netflix out. The company is making a bold move in one of the world's most promising online video streaming markets, which could help it find an extra gear to boost its growth. 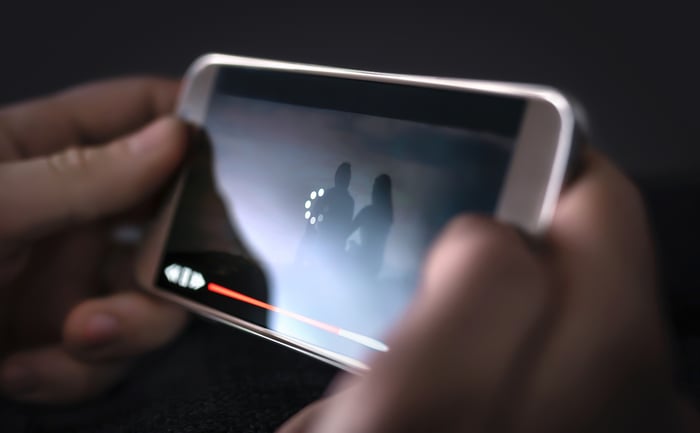 On its latest earnings conference call, Netflix management explained that the company is going to test giving users in India free access for a weekend in a bid to bring new users into its fold. COO Greg Peters said:

And so an idea that we're excited about, and we'll see how it goes, but we think that giving everyone in a country access to Netflix for free for a weekend could be a great way to expose a bunch of new people to the amazing stories that we have, the service, how the service works, really create an event and hopefully get a bunch of those folks to sign up. So we're going to try that in India, and we'll see how that goes.

It is not surprising to see that Netflix chose India to test this strategy. The streaming specialist has high hopes from that market thanks to its huge population, rising internet penetration, and the fast-growing consumption of video content. Atlas VPN estimates that India will hit 1 billion internet users by 2025, up from around 688 million currently.

Not surprisingly, Netflix is aiming to hit 100 million subscribers in India in the long run. It recently made a string of moves to achieve that ambitious goal, including the introduction of affordable pricing tiers and a focus on content tailor-made for that specific country so that it can lock in users early and take advantage of the secular growth trends in the internet-using population, including rising incomes.

A third-party estimate pegs the growth of India's over-the-top (OTT) video streaming market at an annual rate of over 30% through 2025. So it makes a lot of sense for Netflix to offer free weekend streaming in order to lure more customers in that market, especially considering the stiff competition from rivals.

The Asia-Pacific region is driving the majority of Netflix's paid subscriber growth, accounting for 46% of global additions last quarter. India is the third-largest economy in the region and has a young population, with a median age of less than 30 years.

If Netflix is successful in luring new users with its plan of offering a free weekend of access in India, it could replicate the same in other countries of the Asia-Pacific region. The good part is that economic growth in the Asia-Pacific is anticipated to bounce back strongly in 2021 and beyond as per the International Monetary Fund's estimates -- recording 6.9% growth next year, followed by 5%-plus growth every year until 2025.

As such, it would be early to assume a peak in Netflix's growth, as it continues to test new ways to make a bigger dent in emerging video streaming markets and build a bigger subscriber base.