Every stock has some amount of risk attached to it, but a select few are almost surefire picks for investing success. Lemonade (NYSE:LMND), lululemon athletica (NASDAQ:LULU), and Etsy (NASDAQ:ETSY) are all companies that are riding high, and you have the opportunity to go along with them.

It's not always easy to find great companies with loads of potential and beaten-down stock prices. But Lemonade is a great company that's revolutionizing the insurance industry and bringing it into the digital age.

When CEO Daniel Schreiber and president Shai Wininger were looking to form a business, they realized that the same insurance companies that dominated the landscape 100 years ago were still controlling the industry -- and that it was ripe for disruption.

They built the company on a foundation of machine learning and behavioral economics, which means its system can run thousands of computations and make efficient recommendations for customers without human input. This saves the company lots of money, in addition to saving time for policyholders.

Lemonade is also a B-corporation, which means that it has a strong social component to its operations. In this case, the company takes a set 25% of each premium, and the rest goes to pay for claims. Whatever's left over at the end of the year goes to a charity of the policyholder's choosing.

The company started selling renters and homeowners insurance and introduced pet insurance in July. It operates in most states. It also offers contents and liability insurance in Germany and the Netherlands. But with many markets still available, there's tons of space for the company to grow.

Revenue increased 117% in the second quarter of 2020. Customer accounts and total premiums also grew by triple or high-double digits.

Lemonade went public in July to great fanfare, surging 139% from its $29 IPO price during its first day of trading. However, its shares have fallen 28% since then, ending last week at $50.29. That's mostly because the company has yet to turn a profit. But once it does, investors are in for some serious gains.

The athleisure trend, which involves wearing athletic apparel as regular casual wear, has been good to companies like Nike and Lululemon. Or maybe these companies helped create it. Either way, Lululemon -- maker of yoga pants and other activewear -- has become one of the most popular brands in apparel and one of the hottest stocks on Wall Street. 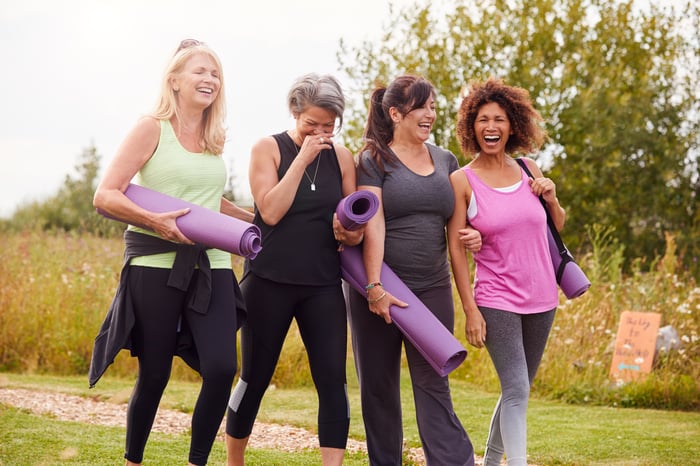 Lululemon's sales fell 17% during its fiscal first quarter, coinciding with the beginning of the pandemic. That was a lot better than most apparel retailers: sales fell 38% at Nike, 43% at Gap, and 38% at American Eagle Outfitters during the height of the pandemic. In Lululemon's fiscal second quarter, which ended Aug. 2 -- after most lockdowns were lifted -- sales grew 2%. Store sales dropped 51%, but e-commerce drove the higher sales with 155% growth. A strong digital backbone is one of the ways Lululemon is driving sales, with e-commerce now making up more than half of its total revenue. It also has a strong community aspect, with classes online and in stores.

The company recently made its first acquisition, buying MIRROR, an at-home fitness tool similar to Peloton's bike. The company believes it builds upon its core belief in living the "sweat life" and creates synergies to increase sales.

Lululemon stock has gained over 400% over the last three years and is up 38% year to date. But the growth is far from over.

With a unique online marketplace of handmade and one-of-a-kind items, Etsy has a growing and loyal customer base.

The site has been upgraded and now features recommendations, an improved search function, and easy-to-navigate shopping options. CEO Josh Silverman took over when things didn't look as good. Under his leadership, Etsy also revamped the community aspect with blog posts, celebrity designer collections, and even an augmented reality component to see how certain products would look in a searcher's home. Silverman recently noted: "At a time when there are more and more places coming online to sell you exactly the same thing, Etsy is a place you can go to actually connect with other people and find things that express your sense of identity." 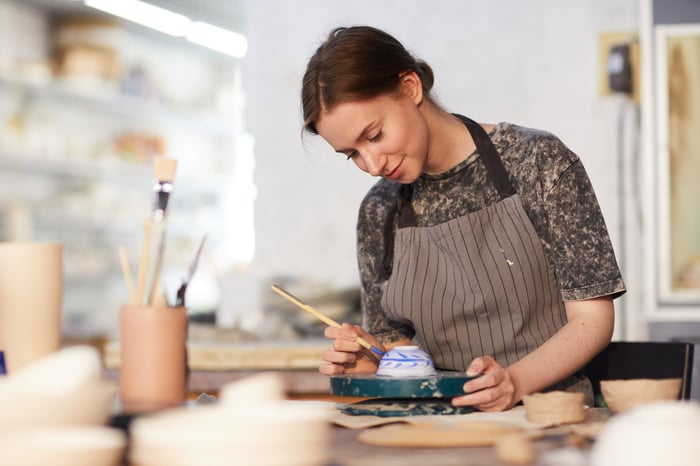 All this has contributed to wild growth, especially during the pandemic. Revenue and gross merchandise sales grew triple digits in the second quarter, when many stores were still closed.

But Etsy maintained skyrocketing growth even in the third quarter, when most stores had already reopened. Revenue increased 128% and gross merchandise sales grew 117%. The number of new and reactivated buyers jumped 112% year over year, and active buyers grew 56%.

Etsy stock has gained 628% over the past three years, including 175% so far this year alone. Shares are trading at a super-high 66 times trailing 12-month earnings. But don't let that scare you. Etsy has a great future, and if you buy now, you can be a part of it.