Apple (NASDAQ:AAPL) is facing a component shortage that could limit its ability to meet holiday demand for the recently released iPhone 12 lines, according to a report published by Bloomberg today. The company is said to be coming up against supply constraints for chips used to regulate power consumption.

The extent to which the chip shortage might impact production of the iPhone 12 remains unclear. But Bloomberg's sources suggest that Apple will likely receive priority over other equipment manufacturers scrambling to secure the chips in question. 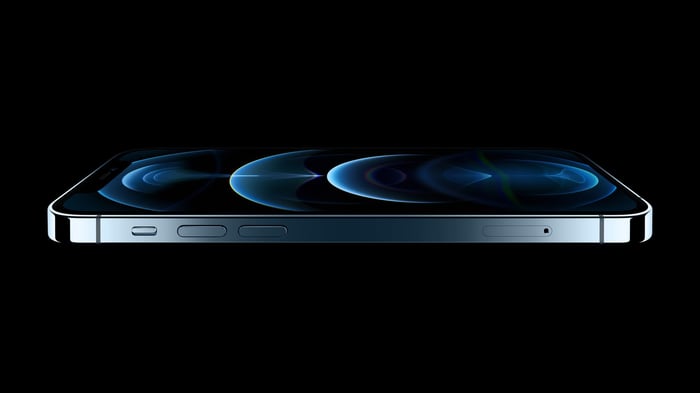 The onset of the 5G upgrade cycle appears to be propelling surging demand for semiconductors, and equipment manufacturers are competing to secure necessary hardware components. Due to the inclusion of 5G functionality and other features, the iPhone 12 has significantly higher power consumption compared with previous generations.

Apple's iPhone 12 and iPhone 12 Pro went up for pre-orders on Oct. 16 and then hit the market on Oct. 23. Exact sales data for the units is not available yet, but early tracking from some sources and comments from the company indicate that the new phone generation got off to a strong start. The iPhone 12 is currently in stock on the company's website, but iPhone 12 Pro orders won't arrive until the end of the month or early in December. Apple's iPhone 12 Pro Max model is due for release on Nov. 13.

Delayed production for the iPhone 12 probably doesn't represent much of a long-term threat to Apple, and it seems like the company will be able to throw its weight around in order to secure orders for necessary components. But it is still possible that chip shortages will play a role in shaping the company's performance in the crucial holiday sales period this year.