Shares of Brookfield Renewable Corporation (NYSE:BEPC) jumped 13.9% in October, according to data provided by S&P Global Market Intelligence. That was a noteworthy increase as the newly created entity outperformed Brookfield Renewable Partners (NYSE:BEP), which only rose 3% last month. A couple of factors powered the company's stronger surge. 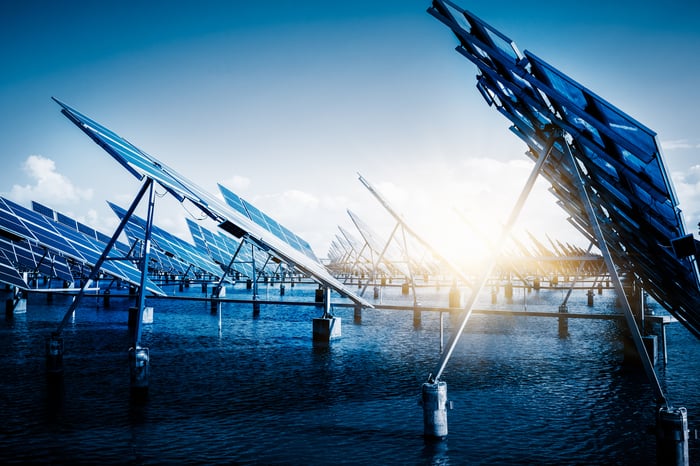 Another driver of Brookfield's rally last month was the continued shift toward renewable energy. JPMorgan Chase, for example, recently signed a five-year agreement with Brookfield Renewable to supply electricity to more than 500 of its offices and branches in New York state -- about 90% of its operations -- which will come from the company's hydroelectric facilities. That's part of the bank's commitment to power 100% of its operations with renewable energy this year.

Brookfield Renewable Partners created Brookfield Renewable Corporation to broaden its appeal to investors, which seems to have worked. Because of that, the corporation now trades at a significant premium to the partnership, which could be beneficial down the road as it could use the stock as currency to fund growth initiatives like acquisitions or development projects. That additional flexibility could come in handy as more companies seek out renewable energy sources since it could allow Brookfield to meet their needs quickly.