Shares of Axon Enterprise (NASDAQ:AXON) soared on Friday after the company reported results for the third quarter of 2020. The company, formerly known as Taser International, saw its growth accelerate during Q3, further confirming its business strategy pivots were smart moves. As of 1 p.m. EST, the stock was up 12% but it had been up as much as 18% earlier in the day.

Actual Q3 revenue for Axon came in at $166 million, representing 27% year-over-year growth. However, the company's revenue is a little complicated to break down because it offers both hardware products and software as a service. Therefore, much of its revenue is on a contract, making annual recurring revenue (ARR) an important metric to track. ARR for Q3 was $204 million -- up 44% from last year and twice as much as it was two years ago. 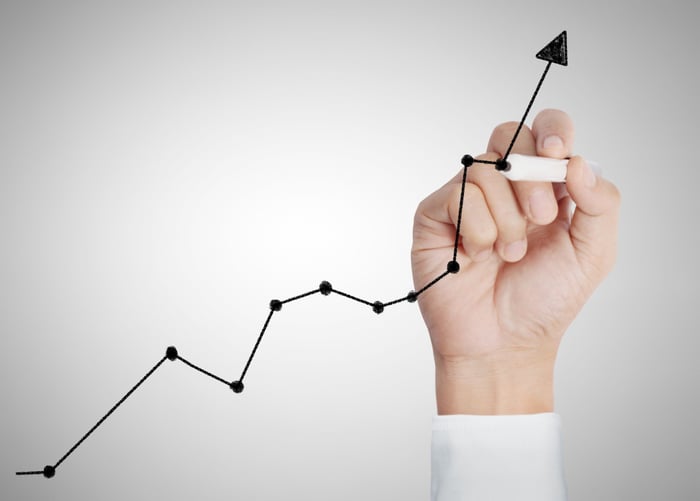 Axon continues to have one of the most pristine balance sheets anywhere. It has no debt, but in Q3 its cash pile fell slightly to $628 million compared to $687 million last quarter. This is because the company purchased a piece of land for $54 million. The new property will allow Axon to consolidate five different locations and create cost-saving operational synergies in time.

Here are two metrics Axon shareholders should be excited about when thinking about the future. First, international revenue is up 43% year over year so far in 2020. It's still a small part of the whole (just $23 million in Q3 international revenue) but clearly headed in the right direction. Long term, there could be a lot of growth opportunity outside the U.S.

Second, most of Axon's revenue currently comes from local law enforcement agencies. However, bookings from U.S. federal agencies increased 400% year over year in Q3. Again, it represents a relatively small number -- just $38 million this quarter. But considering the growing public cry for reforms in law enforcement, one could see Axon increasingly becoming part of the solution even at a federal level, expanding its potential customer base.