Shares of Chinese electric carmaker NIO (NYSE:NIO) rocketed upward by 44.1% in October, according to data provided by S&P Global Market Intelligence. That absolutely crushed the S&P 500, which was down 2.8% for the month. It also outperformed Tesla (NASDAQ:TSLA), shares of which declined by 9.6% in October.

Electric car stocks have been the focus of a lot of market hype over the past several months, and NIO is no exception. It first went public in late 2018, but this year, its shares have soared by more than 1,000%. 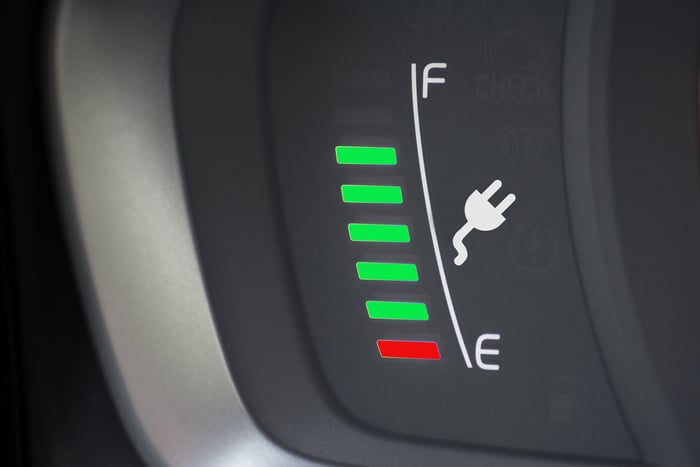 Last month's outperformance, though, was primarily driven by two pieces of news. Shares popped on Oct. 14 after analysts at JPMorgan Chase nearly tripled their price target on the stock, from $14 a share to $40 a share. In response, NIO's share price jumped from about $22 to about $28 over the next few days.

NIO's next big jump came on Oct. 29, when the company announced that its 5,000th vehicle of the month had rolled off the production line. It was the first time the company had been able to manufacture that many vehicles in a single month, and Tesla enthusiasts will be familiar with the investor enthusiasm that hitting such milestones can produce. NIO's shares rose from $28 to about $32 before easing back a bit to finish the month at around $30.

The market for electric vehicles in China is expected to be huge. Although Tesla has so far dominated it, NIO is expected to have a bit of a home-court advantage over its larger U.S.-based rival. Nio's shares have continued to climb in early November, and now sit at about $45 -- higher than the JP Morgan benchmark that boosted its fortunes.

Like other fledgling automakers, NIO is a speculative stock, but the company's advantages in the Chinese market make it worth a look for risk-tolerant investors.