With the S&P 500 index flirting with new highs, some growth stocks are trading at frothy valuations, which could limit near-term upside. But there are still good opportunities out there if you know where to look.

The video game industry is a ripe field to look for ideas right now. The new consoles launching this holiday are already boosting results at Advanced Micro Devices (NASDAQ:AMD), which provides the custom processors for Sony's PlayStation 5 and Microsoft's Xbox Series X.

Another way to invest in gaming is Logitech International (NASDAQ:LOGI), which makes essential gaming peripherals, such as joysticks, keyboards, and headsets, and has been reporting tremendous sales growth this year.

Here's why these two growth stocks still have room to run. 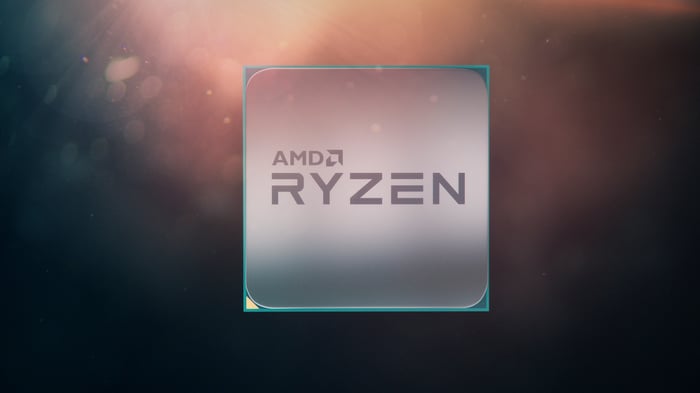 1. Advanced Micro Devices is turning up the heat

AMD stock price has climbed 137% over the last year. Those impressive gains come on the back of significant market share gains against Intel (NASDAQ:INTC). AMD has become a leader in high-performance computing under the leadership of CEO Lisa Su, but the company is just hitting its stride.

Strong demand for Ryzen, EPYC, and semi-custom processors, which includes shipments for the new consoles, drove revenue up 56% year over year in the third quarter. AMD said it gained market share against Intel in the client CPU market for the 12th straight quarter.

While Intel has struggled with delays in developing its seven-nanometer processor, AMD is moving quickly to stretch its lead. Team Red is already preparing to ship its next-generation Milan server processors based on the newest Zen 3 core, which are on track to ship this quarter.

AMD is also going after NVIDIA's (NASDAQ:NVDA) lead in graphics processing units (GPUs) with the new Radeon RX 6000 series of graphics cards launching this quarter, powered by its RDNA 2 technology. These are the most powerful gaming cards AMD has ever built. While NVIDIA has long dominated the high-end gaming card market, AMD may begin chipping away at Team Green's lead in the short term.

The PlayStation 5 and Xbox Series X are also being powered by RDNA 2 chips. AMD's enterprise, embedded, and semi-custom segment revenue made up 40% of total revenue last quarter and more than doubled year over year. AMD expects semi-custom shipments to increase sequentially in the fourth quarter based on strong demand for the new consoles.

AMD has another catalyst on the horizon with its announced acquisition of Xilinx for $35 billion. The deal will extend AMD's market reach to computing platforms for end devices in the cloud.

The shares are highly valued at a forward price-to-earnings (P/E) of 68, but AMD is worth paying up for, given its market share gains against mighty Intel, and the prospects of further growth in console and PC gaming chips. Management expects revenue to grow approximately 41% for the full year, which makes the high valuation look less expensive. 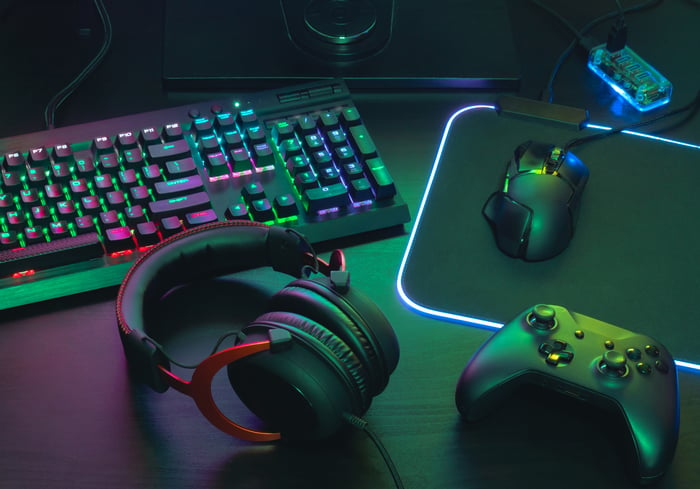 2. Logitech is flying under the radar

Logitech is benefiting from enormous tailwinds. Video calls are replacing audio, while esports and streaming are driving demand for gaming accessories, such as headsets and gaming mice, and PC webcams. In the last quarter, total sales surged 75% year over year. High demand boosted margins, sending earnings per share up 274% over the year-ago quarter.

The growth of content creation and live game streaming on YouTube, Twitch, and other platforms is fueling demand for Logitech's PC peripherals, which drove sales for the category up 57% year over year excluding currency.

Logitech has enjoyed an acceleration in sales this year due to more people working and playing games at home. But these trends were already driving growth in Logitech's business long before the coronavirus arrived. Gaming sales increased from $312 million in fiscal 2017 to $690 million in fiscal 2020 (which ended in March).

Management doesn't see the secular growth trends in gaming and video ending anytime soon, which is good news for investors, given that the stock seems to be under investors' radar. Despite the strong operating results, the stock trades at just 20 times forward earnings estimates. That leaves a lot of headroom for this growth stock to climb both in the short and long term.