Shares of the clinical-stage biotech Five Prime Therapeutics (NASDAQ:FPRX) are up by a jaw-dropping 364% in pre-market trading Wednesday morning. The biotech's stock is popping in response to positive midstage trial results for the stomach cancer drug candidate bemarituzumab. 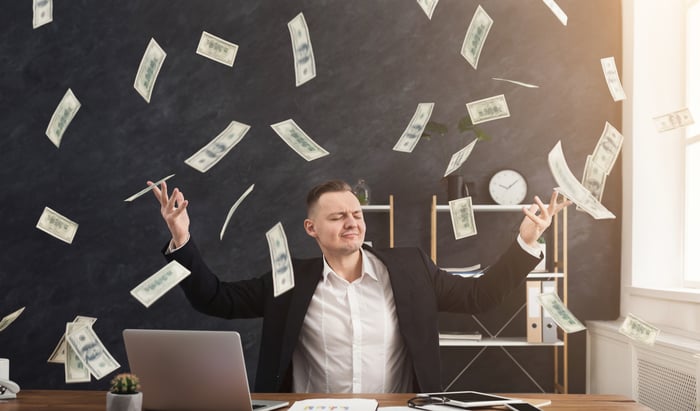 Bemarituzumab will likely still have to pass muster in a larger pivotal stage trial to gain approval in either China or the United States. But a first-line stomach cancer drug unquestionably sports an enormous commercial potential. Stomach cancer, after all, is one of the most common types of malignancies, as well as a leading cause of death across the globe. With this background in mind, it's not surprising see investors pouring into this small-cap biotech stock this morning.

What this means is that bemarituzumab might turn out to be a franchise-level cancer medicine. As such rare gems rarely go unnoticed by big pharma, Five Prime will probably bubble to the top of the buyout rumor mill soon. Stay tuned.