Please ensure Javascript is enabled for purposes of website accessibility
Free Article Join Over 1 Million Premium Members And Get More In-Depth Stock Guidance and Research
By Dave Kovaleski - Nov 12, 2020 at 6:00AM

These two high-powered fintechs are growth machines, but one is the better buy.

In the ongoing "war on cash," both Square ( SQ -0.88% ) and Visa ( V 3.24% ) are out leading the brigade. They are two of the leading payments companies in the rapidly advancing trend toward a cashless society, which experts say will accelerate over the next 10 years -- spurred on by the social distancing protocols put in place during the pandemic.

Both of these financial technology companies (or fintechs) occupy different niches within this space, but what they have in common is excellent performance. Both Square and Visa are great stocks, but which one is the better buy? Let's take a look.

Visa has been in the news recently, as it was hit with a lawsuit by the U.S. Department of Justice over its planned acquisition of Plaid, a fintech that allows people to safely connect their financial accounts to their apps.

The DOJ says the deal would violate antitrust laws, alleging that Visa is buying Plaid to "neutralize" a threat to its debit business. Visa said the argument is "legally flawed and contradicted by the facts," adding that Plaid is not a payments company and not a competitor. "This action reflects a lack of understanding of Plaid's business and the highly competitive payments landscape in which Visa operates," company officials said. The benefit of the Plaid deal for Visa is that it will provide a better digital experience and more choice for consumers in managing their money and financial data. 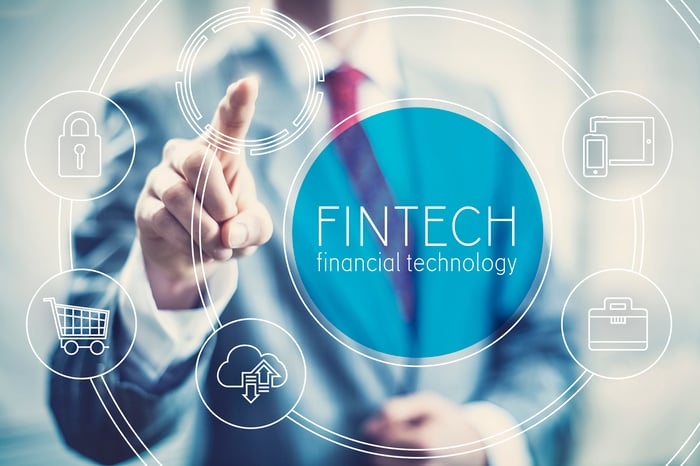 If the Plaid acquisition does get called off, it may be a short-term blow for Visa, but long-term, the world's largest payment processor remains a great investment -- like it has been, posting an annualized return of about 28% over the past 10 years.

While the pandemic has caused some short-term challenges, like a drop in cross-border transactions, the next decade could be just as good, if not better, for the company as it has the stiff winds of the cashless trend at its back. The Plaid deal aside, Visa has made some key investments, like its Tap-to-Phone technology, rolling out this quarter, which allows consumers to tap their Visa cards to a seller's Android smartphones or tablets.

Visa has double-digit annual earnings growth over the past decade, huge profit margins of around 50%, a relatively low valuation compared to its fintech peers in this space, and strong growth prospects.

There are few stocks that have surged more during the pandemic than Square. The mobile payments company is up 201% year to date and is now trading at about $188 per share, up from around $11 per share when it started trading in 2015. Square started out providing technology that allows merchants to process payments, but it has expanded its offerings. Now its growth is mostly driven by the Cash App, which allows people to send and receive money. The Cash App has more than 30 million monthly active users, more than quadruple the number it had in 2017.

In the third quarter, the Cash App generated about $2.1 billion in revenue, which is up a whopping 574% from the same quarter a year ago. That represents about 70% of overall revenue in the quarter. The meteoric growth was spurred in large part by the pandemic and the resulting shutdowns and social distancing protocols that went into effect. The Cash App, in effect, serves as a bank, allowing consumers to send and receive money, get direct deposit, and invest.

The company also got approval from the Federal Deposit Insurance Corp. for an industrial loan company bank charter. The bank, based in Utah, would be primarily focused on providing loans to small businesses. It is expected to launch in 2021. The bank will further diversify its business and provide additional resources and services for its seller ecosystem customers. The fact that Square serves both buyers and sellers sets it apart from most competitors in this space.

As stated at the outset, both of these stocks would be a welcome addition to any portfolio. But if I had to pick one over the other, it would be Visa.

Square has been on a rocket ship this past year and its valuation has gone through the roof. At Wednesday's close, it was trading at a price-to-earnings ratio of 278 (compared to 43.5 for Visa). While it's still a great long-term investment, Square will have more volatility than Visa in the near term, as it will have a difficult time maintaining that level of growth.

Square may have more upside potential, particularly if CEO Jack Dorsey is able to further expand Square into commercial banking and with its bets in bitcoin. But you can't go wrong with the more established Visa, with its huge margins, lower valuation, and excellent growth potential.

Is Visa a Buy After Its Dividend Hike?