On Wednesday morning, shares of Beyond Meat (NASDAQ:BYND) ran as much as 5.5% higher than where they closed Tuesday evening, before easing back to a still-respectable gain of 4.3% as of 12:28 p.m. EST.

Why? After entering China earlier this year, Beyond Meat has announced that it's expanding its offerings in the Middle Kingdom, creating a new "plant-based minced pork" product tailored to that market. 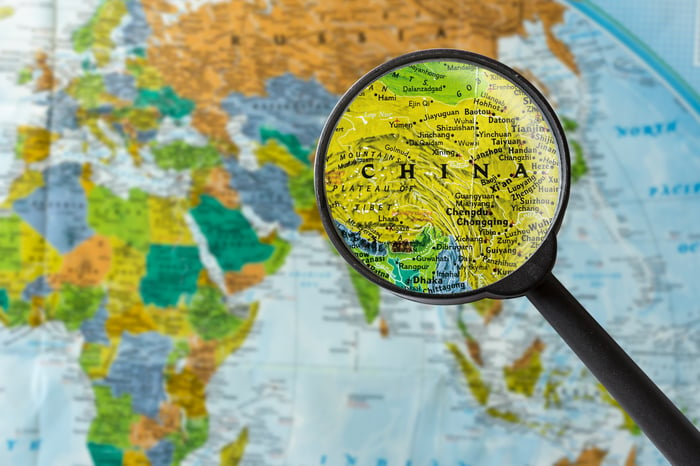 Beyond Meat is going slow in introducing the new product: It will at first be available only in dishes at a handful of Shanghai restaurants. Still, the market opportunity here is huge.

China is the world's top consumer of pork -- the average person in Earth's most populous nation eats 69 pounds of it per year. Adding to the market's attractiveness, China's meat distribution system has been especially strained this year due to the challenges posed by the COVID-19 pandemic. And China's pork production is suffering both shortages and high prices because an outbreak of African swine fever has decimated pig herds.

Pork prices in China today are twice what they were two years ago, which should help to make Beyond Pork price-competitive with animal-based meat. That should make it easier to market the new product, and support reasonable profit margins for it.

Given that this stock currently trades at 600 times earnings, anything that helps push those earnings higher should be particularly good news for Beyond Meat shareholders.