There's a newsy morsel out of the world's most-visited theme park resort today that hopefully doesn't get lost beyond the most passionate Walt Disney (NYSE:DIS) fans. Disney World in Florida will start selling park-hopper tickets in January, giving visitors (including its annual-pass holders) the ability to visit more than one park on any single day.

The return of the park hopper on Jan. 1 is a pretty big deal. Guests will still need to make initial reservations for the first park that they will visit, and while Disney recently bumped its capacity from 25% to 35%, this is still a challenge for pass holders for periods of peak demand. But now everyone with a park pass reservation will be able to visit a different gated attraction after 2 p.m. on the same day. This is big news for Disney World enthusiasts, but it could be even bigger news for shareholders, as well as the local meandering tourist economy. 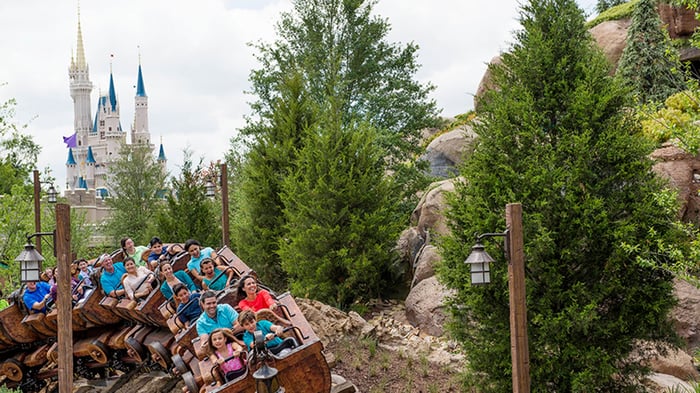 Disney World reopened in mid-July with strict guidelines to keep the COVID-19 crisis in check. Guests are screened with temperature checks on the way in. Masks are required at all times except when eating or drinking while stationary. Markers on the floor of attraction queues keep guest parties six feet apart inside ride buildings. Plexiglass dividers in some lines and ride vehicles are there to protect visitors, but even then, the hourly throughput on rides is a lot less than it used to be given social distancing measures and breaks for vehicle cleaning throughout the day.

Freeing guests to visit more than one park a day isn't going to change all of the other restrictions in place, and one can argue this latest announcement isn't really a surprise. Disney has been selling vacation packages for 2021 that include the park-hopper option. But there was always the fear that Disney would pull the perk as we got closer to the end of the year, especially now with the COVID-19 case counts surging across the country.

Disney World buffs are relishing the Friday news, but investors and locals should also be doing a little more celebrating. Disney World is losing money in the new normal, and not just the obvious measures are keeping daily guest counts in check.

Folks tend to arrive early when they have a park pass reservation, but the safety measures can be exhausting. Like Disney's Animal Kingdom through its first few years of operation, when it was often tagged as a half-day park, folks tend to head to the exits in the early afternoon. Some come back later in the day to the same park after taking a break, but now armed with park hoppers they are more likely to come back.

Disney charges a premium for its park hopper tickets. Getting folks to come back later in the day also helps increase big-ticket dinner purchases as well as merchandise and snack sales during the extended experience. Disney never reveals its revenue per-capita figure, but you can bet that it will go up in January.

The return of park hoppers will give folks avoiding a trip to Disney one reason fewer to stay away. It will be a more complete experience, and it will inevitably bring an increase in operating hours. Between guests spending more and the parks opening longer, you can already figure out what this will mean for many of the cast members who were laid off earlier this year. Disney World will be hiring again, and busier parks should help bring back many of the entertainment offerings that have been scaled back in the new normal.

Disney World bringing back the ability to park-hop is great news for fans. By early next year, it could be even better news for the local tourist economy as well as investors in the media stock giant.