The stock of Arcimoto (NASDAQ:FUV), a maker of electric three-wheeled vehicles, soared 26% earlier in the day today, but has settled back some after a five-day run that had seen them double. Shares are now up 7%, as of 3:30 p.m. EST.

The company's shares have been on a recent tear, along with those of fellow specialty electric three-wheeler maker Electrameccanica Vehicles (NASDAQ:SOLO). Here is the astounding weekly -- as in last five days -- chart of these two stocks. 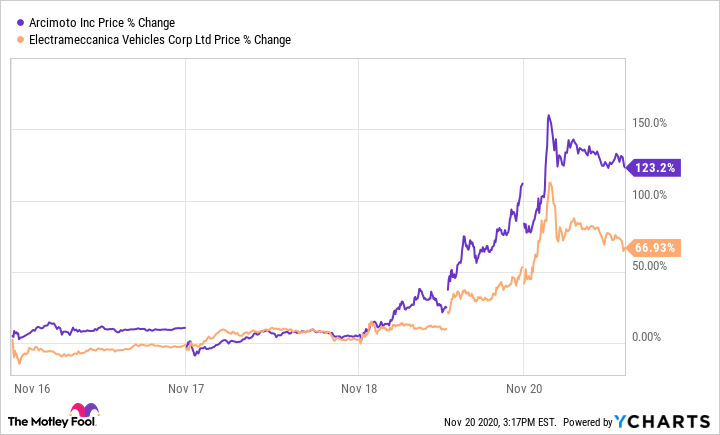 This chart is what exuberance looks like, and today is continuing the trend -- though there are signs of a plateau. 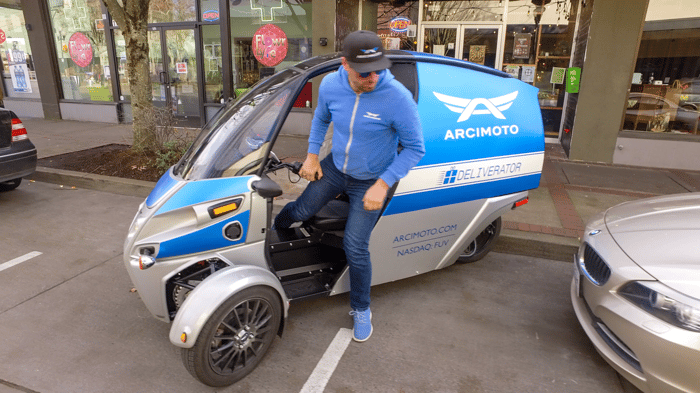 Arcimoto itself decided to take advantage of the run in valuation to raise some capital with a stock sale today. It announced it plans to raise about $15 million issuing shares to an institutional investor for $13.25 per share. Shares initially reverted back toward that level this morning after closing at $16 on Thursday. But buyers came back to get it into positive territory again, heading toward today's close.

The company makes all-electric utility vehicles designed for commuting, delivery, rapid response, and just plain fun. The excitement and growing interest in electric automobiles has investors branching out to other battery-electric vehicles.

Last week Arcimoto reported it generated revenue of $683,895 in the third quarter. It has produced a total of 136 vehicles since it began production in September 2019. Today's capital raise is for the "acceleration of the manufacture of finished goods for delivery against pre-orders, and to address increased customer demand for its products," the company said in a statement.

Whether that growth will justify investors' current excitement remains to be seen. For now it is speculation, and therefore, it should reside squarely in that portion of one's portfolio.