Fears about the future of Social Security have been around for decades, perpetuated in part by a general lack of understanding about how the program works. I'll be honest: Social Security isn't in a great spot, and 2020 has only thrown salt in its wounds.

But the situation isn't quite as bad as some people think. Here are two common Social Security myths that, while pervasive, just aren't true.

1. Social Security is going to disappear

This myth undoubtedly got started because of the Social Security Trustees' Reports, which have been predicting for several years that the program's trust funds will be depleted sometime in the early to mid-2030s. This is true, but that doesn't mean it's going to disappear once that happens. 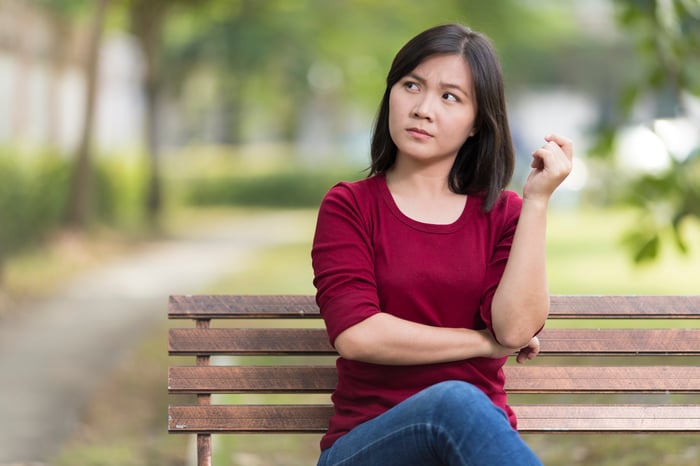 The trust funds are just one of several sources of Social Security funding. The most important source is the payroll tax all workers pay. It's 12.4% of your income, up to the first $137,700 you earn in 2020. If you're self-employed, you pay this all on your own, but if you work for someone else, your employer pays 6.2% and you pay 6.2%. Social Security also gets some money from retirees who owe taxes on their benefits.

These taxes will still provide a consistent source of revenue for Social Security even after the trust funds are depleted, so the program will continue on in some form. But with the loss of the trust fund money, it's possible the Social Security Administration may have to cut benefits unless the government steps in and devises a solution to make up for the shortfall.

Government officials have proposed several solutions over the years, including raising the limit on income subject to Social Security tax and raising the full retirement age (FRA) -- the age at which you qualify for your standard benefit based on your work record. Nothing's been decided yet, but it's possible that even with whatever changes the government ultimately decides to enact, benefits won't go as far in the future as they do today.

This is another common misconception, which has its basis in fact. When the federal government needs money, it sometimes borrows from Social Security's trust funds. But that's not the same as raiding them. It pays back what it borrows over time with interest, and this interest provides yet another source of income for the program.

But if the trust funds are exhausted in the near future, then the government won't be able to borrow from Social Security any further, eliminating its interest payments as a form of revenue for the program.

How to boost your Social Security benefits

Given all the uncertainty around Social Security, it makes sense to take all the steps you can to increase your benefits. That starts right now by trying your best to boost your income. You could do this by requesting a raise or switching employers. You could also try starting an extra job. Just remember to report your income to the federal government. If you don't, it won't help your Social Security benefits, and it could land you in trouble with the IRS.

Aim to work at least 35 years before retiring, or longer if you can. Your benefit is calculated based on your average monthly income over your 35 highest-earning years. If you work fewer years than this, you'll have zero-income years factored in, thereby reducing your benefit. But if you work more than 35 years, your higher-earning years replace your lower-earning ones, resulting in larger checks.

You should also think carefully about when you plan to claim Social Security. You can start as early as 62, but doing so means you'll get less money per check. If you start at 62 and your FRA is 67, you'll only get 70% of what you would've gotten per month if you'd delayed benefits until your FRA. If your FRA is 66, you only get 75% of your scheduled benefit per check for starting at 62.

You can also delay benefits past your FRA and your checks will increase until you reach the maximum benefit at 70 -- 124% of your scheduled benefit if your FRA is 67, or 132% if your FRA is 66.

The right starting age depends on your life expectancy if you're trying to max out your lifetime benefits. If you don't believe you'll live into your 80s, it makes sense to start early to get as much as you can from the program. But if you think you're going to live into your mid-80s or beyond, you'll probably get more from the program by starting benefits later.

If you're still concerned for the future of Social Security, you can try writing to your congressional representatives, encouraging them to make the program a top priority. You may not be able to control exactly what happens to it, but by taking the steps above, you can at least feel confident that you've done everything you can to maximize your own benefits.