Shares of Aurora Cannabis (NASDAQ:ACB) rushed ahead to close up 28.5% on Tuesday, but as Wednesday unfolds, the Canadian cannabis company is giving back some of those gains and is down 7.3% in 11:30 a.m. EST trading.

Aurora gathered up its gains yesterday as investors responded to news that the General Services Administration has begun the transition to a Biden administration, despite President Trump still not having actually conceded that Joe Biden won the election earlier this month. Because, during the presidential campaign, Biden running mate and soon-to-be-Vice President Harris promised to "decriminalize marijuana, and ... expunge the records of those who have been convicted of marijuana," investors have high hopes that the transition in administration will soon lead to the federal legalization of weed. 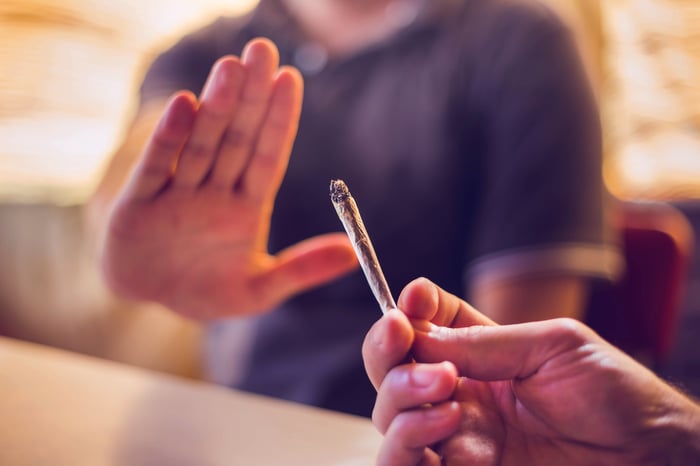 That hope translated into big profits for marijuana stocks yesterday. Today what we're seeing is a combination of some investors cashing in those profits, and others beginning to wonder, "Is this even news?"

After all, we've known for weeks that the Biden-Harris ticket probably would win, and we've known for months that decriminalization was the stated policy of the incoming administration. For that matter, we've known for certain -- ever since Election Day -- that five new states have been added to the ranks of places where marijuana use is largely permitted, whatever happens at the federal level. With all this good news already baked into the stock, it's really not clear why yesterday's beginning of the transition should have had such an outsize effect on Aurora Cannabis shares -- or whether the momentum will last long at all.

Indeed, today, that momentum is already disappearing like smoke on the wind.