Billings, measured on an annual contract value (ACV) basis, rose 10% to $137.8 million, outpacing the company's guidance. Its ACV run rate rose 29% to $1.29 billion, showing momentum in the company's key metrics. However, revenue in the quarter was flat. Nutanix is shifting from a focus on total contract value (TCV) to annual contract value, causing revenue growth to decelerate, since the company typically isn't booking as long of a contract up front. Shifting to a focus on ACV rather than TCV means the company can be more efficient with its sales force, as contract renewals tend to have a lower sales cost than new customer contracts. Focusing on ACV should also drive faster new product adoption.

Revenue slipped 0.4% to $312.8 million, beating the average analyst estimate of $299.2 million. Furthermore, the company saved on sales expenses due to the pandemic, as its .NEXT conference went virtual and it shifted marketing resources to digital channels. As a result, its adjusted loss per share narrowed from $0.71 to $0.44. This topped the analyst consensus, which called for a per-share loss of $0.57.

The company also provided solid guidance, calling for a sequential increase in billings in the current quarter. After a number of setbacks, Nutanix appears to be on track with its shift from hardware to being a subscription-based software company. Still, investors may be wondering when Nutanix will catch up to some of its cloud-based peers. After all, Nutanix shares are down year to date, CEO and founder Dheeraj Pandey will soon depart, and profitability still looks out of reach.

However, one question more than any other will determine the stock's fate. 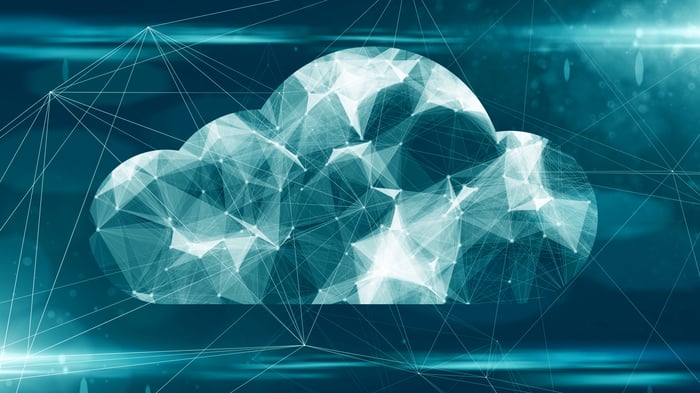 When will the hybrid cloud take off?

Nutanix's bona fides in hyperconverged infrastructure (HCI) -- or the combination of storage, computing, and networking into one function -- are hard to doubt. It's considered a leader in HCI by both Gartner and Forrester. It also has a net promoter score of 90, indicating that its customers are overwhelmingly pleased with the product and recommend it to their peers.

However, in Nutanix's quest to take HCI mainstream, the most important piece of news may be that it launched its hybrid cloud infrastructure on the two largest infrastructure-as-a-service providers, Amazon Web Services and Microsoft Azure. This could set the company up for long-term growth. More importantly, Nutanix formed a strategic partnership with Microsoft, which should give it an edge over competitors.

"This partnership substantially evolves our company strategy, enabling us to provide solutions that deliver seamless application, data, and license mobility, including a singular experience of management across all clouds," Pandey explained on Nutanix's earnings call. "This is a major competitive advantage, as we become the foremost infrastructure software company with bring-your-own-license approach to help our customers in the hybrid computing journey."

With the Azure partnership, Nutanix looks ideally positioned for adoption of the hybrid cloud, or tools that allow enterprises to shift seamlessly between public and private clouds. The company's third annual Enterprise Cloud Index showed that 86% of IT leaders see the hybrid cloud as the ideal deployment model. Companies are meeting that demand by deploying hyperconverged infrastructure.

Demand is clearly there, but the shift to the hybrid cloud will take time to play out. Still, this is a huge market, and Nutanix remains the leader. The latest quarter was a step in the right direction after a sometimes challenging year, and the new Microsoft partnership makes it clear that Nutanix stock still holds plenty of upside potential.