Please ensure Javascript is enabled for purposes of website accessibility
Free Article Join Over 1 Million Premium Members And Get More In-Depth Stock Guidance and Research
By Rich Duprey - Dec 1, 2020 at 7:27AM

It's not nearly as farfetched an idea as when it started selling cell phones.

GameStop's ( GME 1.15% ) decision to partner with TV maker Vizio is not as crazy as it sounds. Certainly GameStop has latched onto some harebrained ideas over the years to remain relevant -- let alone afloat -- but this isn't like when the video game retailer decided to jump on the cell phone bandwagon.

While it sounds similar to when you were able to walk into a Home Depot during the high-definition television upgrade cycle over a decade ago and buy an LCD big-screen TV because, of course, everyone was selling them back then, the GameStop partnership with Vizio makes more sense. 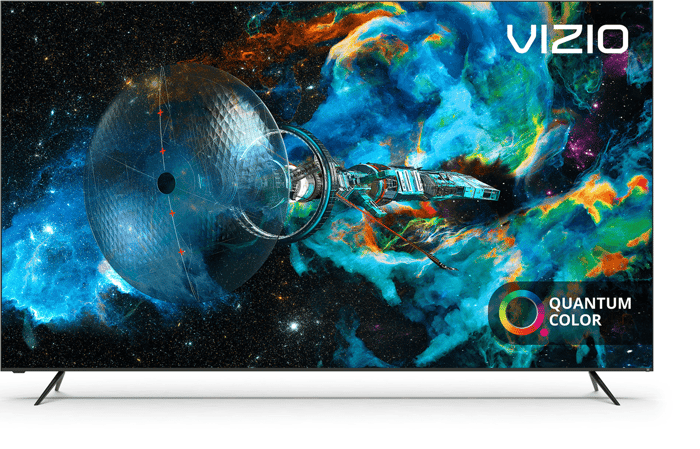 Just in time for the Black Friday kickoff to the Christmas selling season, GameStop began selling 25 different models of Vizio smart TVs and sound bars on its website and in stores, with consumers purchasing one of the new 4K HDR smart TVs online also getting a $50 GameStop gift card.

Yet these aren't just TVs for couch potatoes. Rather, they're full-fledged monitors for the next generation of game consoles that have come out, making them a perfect tangent for the video game retailer to go on.

Across social media Vizio is billing itself as the "exclusive gaming TV at GameStop" and among the sets included is its 4K P-Series Quantum TVs that were rated by industry site IGN as the best 4K gaming TVs of 2020.

While the new Microsoft ( MSFT 2.11% ) Xbox series will be able to take full advantage of the latest visual and audio technology included in the sets such as variable rate refresh (VRR) and Advanced Micro Device's FreeSync (which is essentially its name for VRR), Sony ( SONY 0.14% ) has promised the PlayStation 5 consoles will get a firmware update in the future for VRR support.

So the move is smart for the retailer both in terms of being a logical line extension, and also sending a signal to the retailer's biggest investor that it heard what was said.

Earlier this month the hedge fund RC Ventures sent a very public letter to management saying their attempts at having a conversation were not fruitful, but it was imperative GameStop seize the moment and begin transforming itself into a technology company.

While RC Ventures previously recommended GameStop close down most of its stores in favor of becoming more of an online operation, the latest salvo reiterated GameStop must not remain a video game retailer any longer, but become a business "that delights gamers and delivers exceptional digital experiences."

Certainly, just selling more stuff online doesn't necessarily embrace the vision the private equity firm has for GameStop of becoming a technology-driven company. RC Ventures fears the console upgrade cycle will mask the deficiencies of management's brick-and-mortar focus while the jump in GameStop's stock price will embolden it to stay the course.

For that reason, the activist investor wants GameStop to publish its game plan for how it will control costs, prioritize only its profitable retail locations, and build an online-first business.

Whether those demands will be met remains to be seen, but GameStop has a unique opportunity and a very narrow window to effect change.

RC Ventures is correct that the video game company's legacy retail model is broken and cannot be a viable foundation to build on. Gaming is moving online at faster speeds and though there will always be a segment of the community that might want physical media to play, and might need it where broadband access is limited or spotty, the future of gaming is digital.

The profits GameStop generates from the upgrade cycle needs to be invested in transforming the business, and there seems to be at least a spark of recognition on management's part that technology has to be a part of it.

Like its deal with Microsoft to get a cut of every digital game or console GameStop sells, the Vizio partnership could be a good start.