Capital One Financial (NYSE:COF) is about to barrel into the new year with a new top executive, the company divulged in a regulatory filing. Andrew Young, a nearly 25-year veteran of the company, has been tapped to be its new CFO. The appointment is effective next March 1.

The incoming executive presently serves as business-line CFO, a position he has held since 2018. Young has held other CFO posts throughout the company over the years; he initially joined the company as an analyst in 1996. 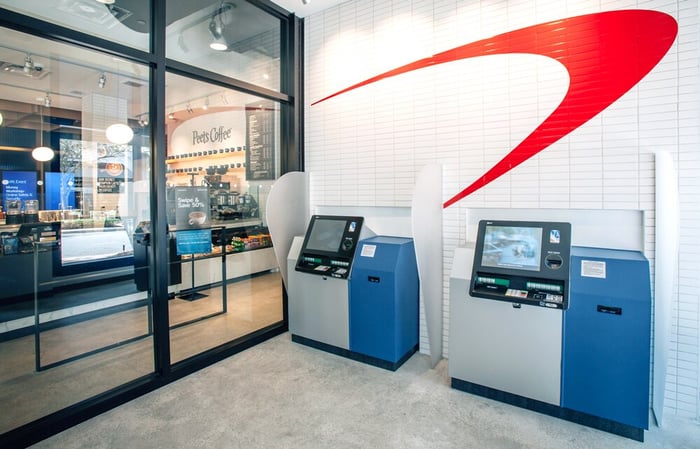 Capital One wrote in the filing that Young's "compensation and benefits package will be commensurate with other similarly situated executives of the Company." This will consist of a cash salary and bonuses, although the company didn't provide much detail about either.

Capital One operates a regional banking operation, with a prominent credit card business that's responsible for the bulk of its revenue.

As the latter is nationwide, the company's card offerings tend to be more familiar than its bank branches. Capital One is currently aiming to whittle down its number of physical locations in order to concentrate on the more highly trafficked branches, and among other moves, it's installing cafes in these banks.

Like many lenders, Capital One took a big hit to its bottom line in Q2 because it dramatically increased its loan-loss provisioning (due to anticipated loan defaults arising from the coronavirus pandemic). Again similar to peers, it saw a rebound in Q3 after it eased off considerably on provisioning, booking a healthy net profit as it did so.