Please ensure Javascript is enabled for purposes of website accessibility
Free Article Join Over 1 Million Premium Members And Get More In-Depth Stock Guidance and Research
By Jon Quast - Dec 10, 2020 at 10:30AM

No restaurant chain has ever grown to the size Starbucks is envisioning.

Every two years, Starbucks ( SBUX -0.61% ) gives a presentation for investors, communicating its long-term vision for the company. It's latest biennial meeting was held on Wednesday, and the company casually laid out a plan to dethrone McDonald's ( MCD -0.41% ) as the largest publicly traded restaurant chain in the world. The plan would also propel Starbucks past Subway as the top overall restaurant chain. 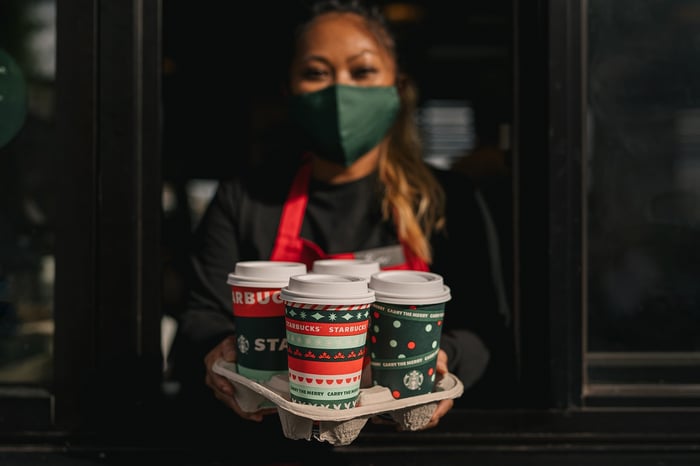 Starbucks' plan would even steal Yum! Brands' title. While the company's press release didn't give country-specific targets, it's clear China will play a large role in its expansion plans. Currently, the U.S. and China account for 61% of Starbucks' locations. But starting in fiscal 2022 (which starts around October 2021), China will be growing locations at a double-digit pace. By contrast, its U.S. business is expected to expand at a 3% pace.