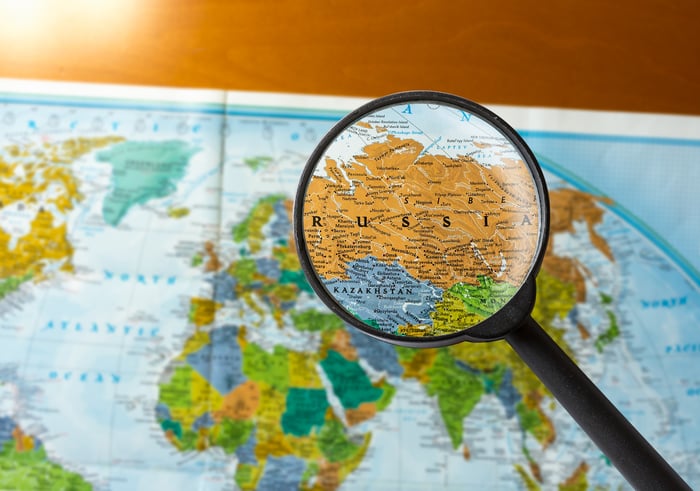 First, although J.P. Morgan downgraded the stock, it left Qiwi at a $14 price target, a valuation $0.41 above where Qiwi traded at the close yesterday (and a good 29% more than it cost this morning).

And second, J.P. Morgan had a very good reason to downgrade the stock. Last night, Qiwi filed a notice with the Securities and Exchange Commission saying that, after a scheduled audit of the company's books for the period from July 2018 to September 2020, the Central Bank of Russia discovered "certain violations and deficiencies relating primarily to reporting and record-keeping requirements" at the company. As punishment, the Central Bank has imposed a fine of approximately $150,000 on the company.

Granted, $150,000 doesn't sound so bad, but the Central Bank has also suspended Qiwi's ability to conduct most types of payments to foreign merchants and money transfers to pre-paid cards from corporate accounts, effective Dec. 7.

It's not entirely clear how serious this will be for Qiwi -- but it sounds like it could be pretty serious. Management estimates that, had the suspension been in effect "for the entire nine-month period ending on Sept. 30, approximately 33% to 40% of our Payment Services Segment Net Revenue for such period would have been negatively affected." Coming instead at the end of the year, Qiwi doesn't expect the suspension to affect its fiscal 2020 numbers very much -- but 2021 could still be significantly hurt by this restriction.

Qiwi plans to update investors on how serious this is going to get ... but not before the first quarter of next year. J.P. Morgan's decision to shoot first and ask questions about 2021 later seems prudent to me.